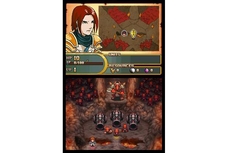 If you stripped out Clash of Heroes' combat, you would be left with a fairly simplistic RPG If Arcade Attack is any indication, the turtles have lost whatever magic they used to possess

Assassin's Creed 2 is a sandbox-style action-adventure video game in development by Ubisoft as the sequel to Assassin's Creed. Early footage of the sequel appears to indicate that that the game takes place in 15th century Italy with an Italian protagonist, similar in appearance to Altair but more colourful, named Ezio, also meaning "eagle," just like Alta?r. Gameplay updates include abilities to swim and the use of gunpowder. The game is hitting Australia on 19 November.