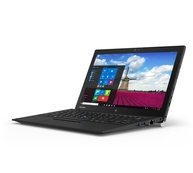 Given the high price, though, this will probably go to execs rather than office drones. 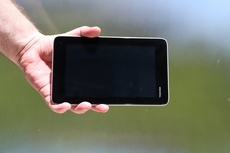 It's too small to do anything useful, and perhaps a little overpriced, too 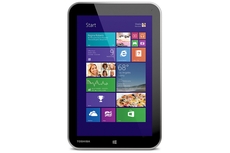 The Toshiba Encore is an 8in tablet that runs the full version of Microsoft's Windows 8.1 operating system In Pictures: The wacky side of Ceatec

Sandwiched between the IFA and CES electronics trade shows, Japan's Ceatec is fighting to stay relevant. But while the number of vendors at this year's Ceatec was down to 547 from 587 last year, with the notable absence of Sony, there was no shortage of unusual sights and exhibits. From sign-language androids to smartphone-controlled dinosaurs and table tennis robots, here's a look at the wacky site of the technology expo just outside of Tokyo

Take a trip down memory lane with Toshiba, as the company shows off 25 years worth of notebook innovation.

What better way to show off past Toshiba notebooks than a catwalk parade. We were treated to a tech fashion show of a different sort today, as models from the Sydney Fashion Festival showed off some of the most important notebooks in Toshiba's history. The event marked the 25th anniversary of Toshiba's first laptop.