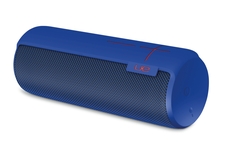 The Megaboom may be larger, louder and bassier than the Boom, but is it actually better? Add this speaker to a multi-room, Wi-Fi music ecosystem, or pick it up and take it outside with Bluetooth

Ultimate Ears celebrated the the arrival of their new Alexa-assisted BLAST and MEGABLAST portable speakers to the Australian market with what else but a big party.

Bowers & Wilkins have long been considered one of the premier makers of audio speakers in the world. When it comes to home cinema, iPod docks and hi-fi solutions, Bowers & Wilkins are indeed the cream of the crop in speakers. Founder, John Bowers gave the company one goal: to develop the perfect speaker. We take a look at their products and can only dream of one day owning a set of speakers from the iconic brand.