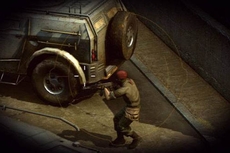 We've reviewed the Sony PlayStation Move, which offers something for every type of gamer