Dell’s massive Alienware 18 is more ‘portable desktop’ than laptop, but can it justify its massive price? 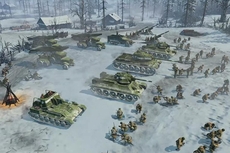