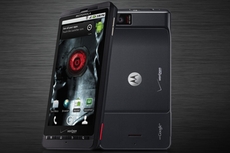 Motorola's new Droid 3G smartphone could have what it takes to grab a chunk of the mobile data market and rival the iPhone's success: Big touchscreen coupled with a sliding Qwerty keyboard, robust Web browser, the improved Android 2.0 operating system, and tight integration with Google services. This slideshow looks at both phones, based on their specifications.