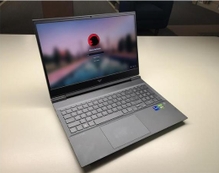 HP's Victus 16 gaming notebook keeps your focus on the screen, not what's under your fingers. Microsoft's latest Surface ushers in Windows 11 with some great features and odd quirks. Made with PCR plastic, the Acer Aspire Vero stands out from the midrange laptop pack with a funky, eco-friendly design. It's the first laptop we've tested with Windows 11.

MSI's GE62 7RD Apache gaming laptop​ isn't the company's largest laptop but it can still play games. It offers a decent blaance between portability and power (and also price).