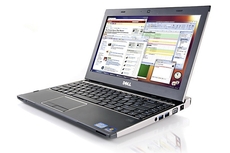 UNICEF is best known for its children's aid efforts, but it turns out that the U.N. agency has an small arsenal of surprisingly innovative gadgets that it uses to improve the lives of underprivileged kids and families worldwide.

Who is Xiaomi? A pictorial look at China's hottest smartphone maker

The 'little rice' that could

Oracle CEO Larry Ellison has a lot more on his mind these days than running the giant hardware and software company -- a fact made evident by his recent last-minute decision not to deliver a highly anticipated speech at Oracle's most important user conference. Here's a look at the many, mostly pleasant distractions in the billionaire's life.

A tale of two Lenovos: how the company thrives in China

Consumers outside of China don't think of Lenovo much beyond laptops, but in that country the company has a wide reach including a growing line of mobile devices. Explore the hidden -- and larger -- side of Lenovo in this slideshow