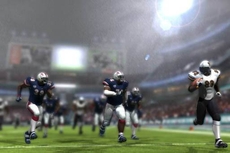 Backbreaker brings the action directly onto the field