With a giant screen and thin profile, the Dell XPS 17 is perfectly built for content creators on the go. 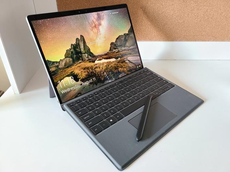 Dell's Latitude 7320 Detachable is priced for business budgets, but it's an terrific tablet PC for either work or play. A size that's only just bigger than an A4 sheet of paper is just the beginning for this sleek Ultrabook, which we think is one of the best looking laptops on the market.

In Pictures: Bloodiest tech industry layoffs of 2014, so far

Microsoft leads the way, but has plenty of company on jobs cut front

Beauty shots: Technology to drool over

Sling Media's small Slingbox 700U won one of three Best in Show awards given by the Industrial Designers Society of America (ISDA).