A laptop that balances power with style and portability 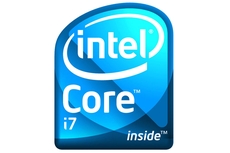 The Intel Core i7 980X is Intel's latest six-core, 3.33GHz processor. It's also the fastest processor available to consumers. Intel yesterday had a fancy launch for its Core i3, Core i5 and Core i7 CPUs. With over a dozen vendors on hand to showcase their latest laptops, PCs and more, the event was the largest we've seen in some time and there was a suitably large crowd on hand to take it all in.