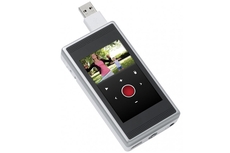 It's March 2017, it's Cisco Live! in Melbourne, Australia. We got onto the showroom floor early to photograph, well, everything really in order to whet your appetites with what's to come. Cisco Live! is awash with Cisco's products and partners plus informative events, meetings, certifications and everything related to networks. It's the definitive networking networking event in Australia.

Outgoing and incoming Cisco CEOs John Chambers and Chuck Robbins weren’t the only attractions at the annual Cisco event in San Diego this week.

In Pictures: How Cisco's Chambers kept a high profile

Cisco CEO, John Chambers, has rubbed elbows with many business, political and entertainment VIPs during his 20 years at the helm

The most important cloud acquisitions this year have one thing in common: OpenStack.