We're barely through the first quarter of the year, but already we've had a lot of great notebooks come through our test centre. The best ones have been equipped with Intel's 2nd Generation Core CPUs (formerly codenamed Sandy Bridge), as they offer much better performance and battery life than their predecessors and they aren't expensive. We can't wait until more vendors release Sandy Bridge gear, especially in the sub-$1000 segment, where a lot of value can be had these days.

AMD shouldn't be forgotten either. The company is making a small splash so far with its Fusion CPUs, which we've so far seen in netbook computers under $800. The Fusion CPUs supply much better graphics performance than has been available in the netbook segment to date. It allows for netbooks to be more than just 'netbooks'.

In the coming weeks, look for new Sandy Bridge-based notebooks to be released by the big boys: Dell, HP, Lenovo and Toshiba.

Perhaps the best notebook we've seen to date is the Sony VAIO SB Series (VPCSB16FG), which replaces Sony's previous performance laptops, the Z Series. We particularly love the lightweight design, and the inclusion of Sandy Bridge processing really gives it a tremendous amount of power for such a small and light laptop.

On the business side of things, Dell's Vostro 3550 looks to be a winner, especially if you opt for the 9-cell battery when configuring it. It also runs a Sandy Bridge CPU, and combined with the 9-cell battery, it gave us long battery life that we'd not seen before in a 15.6in laptop.

If you're after a netbook, then we think Samsung's stylish NF210-A01AU is the way to go. It feels good to use, has decent responsiveness despite running an Intel Atom CPU, and its battery life is superb! You can easily get 10 hours out of it.

Of course, if you're an Apple fan, you'll say that the new revision of the MacBook Pro is the best laptop of the year — to each his own we say. The 15in MacBook Pro gets the Sandy Bridge treatment, too, so it provides killer performance, and it also includes Intel's Thunderbolt interface technology, which was previously codenamed Light Peak. Apart form the LaCie Little Big Disk, there aren't any devices out in Australia that support it yet, but more hard drive and display manufacturers should be coming to the party soon.

As for notebooks to be on the lookout for, we think Lenovo's ThinkPad X220 will be one of the best ultraportables of the year, and an updated Alienware M11x R3 should prove to be a hit with gamers who want something small and mobile. 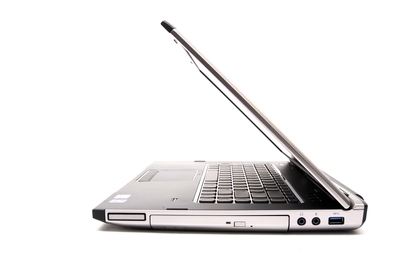 The Dell Vostro 3550 is a great 15.6in business laptop. It comes with a Sandy Bridge-based Core i7 CPU, which gives it great performance, and it also offers long battery life.