Apple's iPhone 4 has finally hit our shores, but the popular smartphone isn't for everyone. Believe it or not, there are plenty of valid alternatives in the world of mobile phones!

Once upon a time the iPhone was a device so sought after that you could walk down the street carrying one and receive any number admiring stares. Fast forward to 2010 and your Apple smartphone is "just another iPhone." After all, it is just one of more than 85 million iPhone and iPod Touch devices that Apple has sold worldwide since its launch in 2007, according to the latest IDC figures.

With this in mind, shouldn't you dare to be different? Don't you want to have a new, cool phone that nobody else has? If you want a capable touchscreen smartphone with all the latest features minus the Apple logo, check out the best phones that aren't the iPhone. 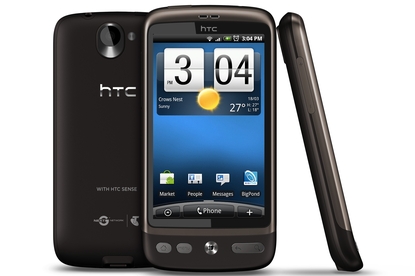 HTC's Desire is the first Android phone to be released by Telstra, and we think it's the best Android phone period. A highly impressive design, a superb, customisable user interface and all the features and capabilities of the latest version of Android combine to produce an excellent smartphone. It will only get better with software updates.