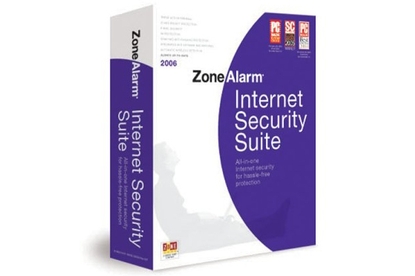 Suite protects against a wide range of baddies and adds much-needed anti-spyware features, but it may require too much hand-holding for some users.

Zone Labs' new ZoneAlarm Internet Security Suite 6 adds anti-spyware capabilities to an already bursting all-in-one security package. In addition to tools for preventing and removing adware and spyware, the suite includes a firewall, antivirus protection, privacy controls, and instant messaging security--all accessible via a unified interface. We tested a shipping copy of this package and found a number of improvements over its predecessor that make it noteworthy--even though some areas still need work.

Unlike other security packages, ZoneAlarm builds its spyware prevention around the firewall, attempting to stop malware before the apps can install themselves on your PC. This approach seems natural, since malware thrives only with an Internet connection. However, a permission-based firewall app such as ZoneAlarm relies for its effectiveness on the user's ability to make the right decision--fine for security-savvy people, less so for the average home user.

To counter this weakness, Zone Labs offers its SmartDefense Advisor. The Advisor can automatically respond to alerts on behalf of the user, based on Zone Labs' policies. SmartDefense successfully alerted us when a program tried to inject itself into Internet Explorer--a common tactic of adware and spyware apps, and one that few anti-spyware products can prevent. It also warned us when an app tried to modify sensitive areas of our system's Registry.

Still, on a number of occasions SmartDefense tripped over telling us what to do with known adware and spyware. When one program attempted to reach the Internet, the suite could not suggest what action to take. And when confronted with a critical Windows service that routinely accesses the Net, svchost.exe, SmartDefense informed us, "Advice is not yet available for this program." Zone Labs says that the SmartDefense feature will improve as the company collects information from users. For now, however, it's clearly a work in progress.

ZoneAlarm deals with existing spyware in a more traditional manner, by scanning your system for infections. To gauge ZoneAlarm's effectiveness at this task, We tested it and compared it with the free versions of Lavasoft Ad-Aware SE Personal and Spybot Search and Destroy 1.4. ZoneAlarm Security Suite removed an impressive 80 percent of the active adware and spyware components, while Ad-Aware knocked out 63 percent and Spybot got 59 percent.

Despite our occasional disappointment with SmartDefense, we found ZoneAlarm Internet Security Suite 6 a solid product, offering an excellent firewall and above-average spyware removal. The suite is probably best suited for experienced users who don't mind responding to a bevy of program alerts.