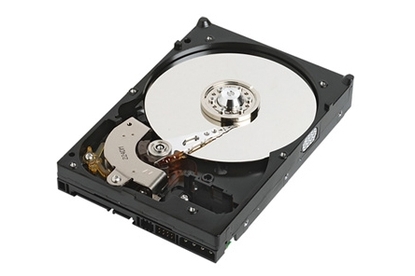 This drive represents low cost and high capacity storage, compared to SCSI or Fibre Channel drives, and is a worthy storage option for small to medium businesses that require a large capacity solution for their servers.

Western Digital's Caviar RAID Edition hard drives are designed for server environments where individual drives are selected based on their reliability traits, rather than their high capacity. What the WD5000YS provides, however, is a copious half-terabyte capacity with a 7200rpm spin speed, a 16MB buffer and a 3Gbps Serial ATA (SATA) interface with native command queuing (NCQ). These features are a hallmark of today's high-end desktop drives, where space and performance are the catalysts in our buying decision.

Where the WD5000YS differs from high-end desktop drives is in its MTBF (mean-time between failure) rating and in its error recovery capabilities. It's been specifically designed to work in a RAID environment and not as a stand-alone drive in a desktop PC.

Western Digital claims this drive can run at 100 per cent duty cycle for a super-natural 1.2 million hours before giving up the ghost, and the company supports it with a five-year warranty.

Western Digital also claims the WD5000YS has been designed to run continuously in rack environments, and has advanced algorithms to tolerate vibration from this type of environment.

The drive is not designed to provide blistering speed, but it nevertheless does fare well outside of a RAID environment. As a stand-alone drive in a high-end Intel-based desktop, our tests garnered read and write transfer rates of around 23MBps, which is on par with what we've achieved with dedicated desktop drives such as Seagate's 500GB Barracuda 7200.9. Transfer rates will improve, too, when multiple WD5000YS drives are installed in a RAID environment, and will depend on the RAID controller that is used and the size of the array.