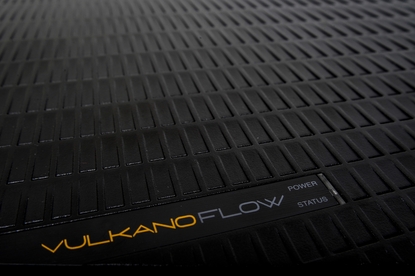 The Vulkano Flow is a pretty good solution if you want to stream digital TV over your local network, or even over the Internet. It works with PCs and laptops, as well as smartphones and tablets via an app that you have to pay for.

If you're a TV junkie who can't get enough of The Voice or ABC's Q&A, and you want the ability to watch those shows live either on your computer or mobile device wherever you are, the Vulkano Flow will oblige.

The Vulkano Flow is a sleek-looking device that needs to be connected to a set-top box in order to distribute a digital TV signal across your home network, and even over the Internet. It's not an ultra-modern device and this is indicated by its lack of HDMI support — it requires an analogue connection from a set-top box, either through Component or Composite connections. This means you'll also need to connect analogue audio cables. You can switch inputs through the Vulkano's software, which allows you to hook up two devices to its available input ports and view them both separately.

A Gigabit Ethernet connection and 802.11n wireless networking are built in to the unit and you can use either of these to distribute the digital TV signal from your set-top box to your computers or mobile devices. However, there is no way to select which connection you want through software. Initially, an Ethernet cable is required to connect the device to your network and set it up (including adding the wireless settings); you can either leave the cable plugged in and use Ethernet, or you unplug it and use Wi-Fi. (As far as we can tell, anyway.) 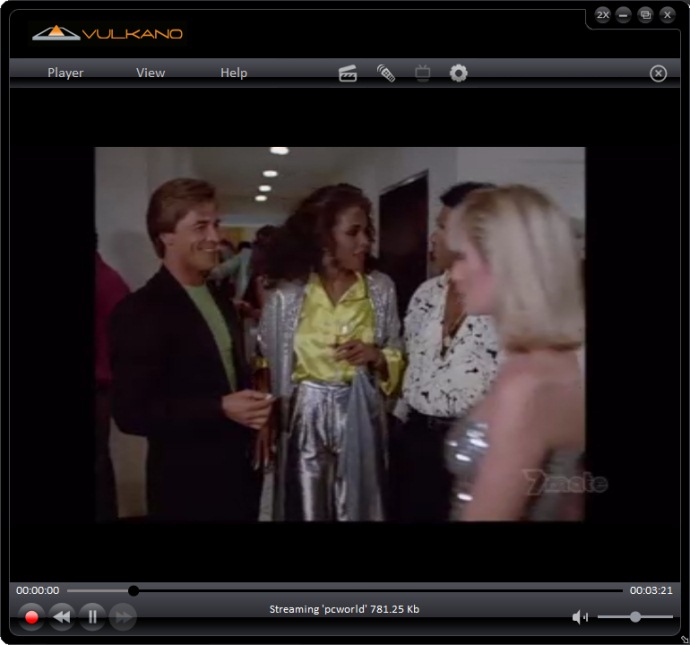 The Vulkano's PC player is basic and easy to use for the most part.

As for performance, once the Vulkano Flow is connected and the software is installed, it can stream pictures and audio brilliantly to your computer. We tested it over an 802.11n connection and had few problems with stuttering or audio lag during playback. In case you do experience problems due to network performance, the settings allow you to select a quality setting that is below the best available — you can manually set the device to 3000 kilobits per second (Kbps) or 2500Kbps, or lower, and you can even select a lower resolution.

For watching TV on mobile devices, you'll need to download and install the Vulkano Player-Flow app, which is available for both iPhone and Android phones. Unfortunately, it's an app that you have to pay for. It costs $12.60 and we wish it was offered free with its price built in to the hardware instead. It's worth noting that there is a free Vulkano Player app, but it will not work with the Flow.

We tested the Android version of Vulkano Player-Flow on an HTC Rhyme smartphone and found it to be very easy to use. It streamed TV relatively smoothly over our local network — it wasn't as smooth as it was when streaming to a PC, but it was still watchable for the most part. We used the 'normal' quality setting in the app, and the picture did look blocky at times on the phone's screen, but the definition was mostly good. Things like recipes shown on the screen during cooking shows were clear enough to read. 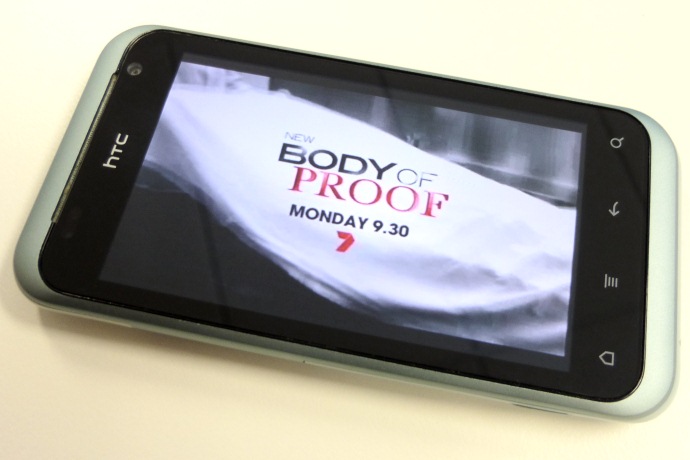 Streaming digital TV to a smartphone is simple, but you have to pay for the app.

You can't stream live TV to two clients at the same time. For example, if you're watching TV on your PC and someone else wants to watch TV on their phone, they won't be able to unless you exit the PC application.

When you stream TV to your PC, you can also use your PC as a DVR and record and timeshift programs. Recordings are named according to the date and time and they are stored as MP4 files (a 100MB file is about 6min of video). We couldn't get the files to play back at their proper aspect ratio using Windows Media Player, but we had no problems playing the recordings through the Vulkano player. Recording duration can be set by you, or you can let it record only 10min by default.

Streaming over the Internet

The best part about the Vulkano Flow is that it makes it so easy stream digital TV over the Internet, either to another desktop or laptop computer or a smartphone or tablet device. It can forward the ports it requires automatically if your router supports UPnP, but even if it doesn't, the instructions are very clear on the ports you need to forward and which local IP address to use — we had to put them in manually for our Linksys X3000 router. Accessing TV remotely is then a matter of logging in using the app on your mobile phone, or logging in after downloading the app on your remote PC. The name that you gave the Vulkano Flow during the initial setup procedure is what enables the connection. You don't have to know anything about dynamic DNS settings or IP addresses; as long as your ports are forwarded correctly, the Vulkano Flow does it all automatically in the background.

It's a great solution if you want to keep up with your favourite shows while you're working abroad, but you'll need to leave your Vulkano and router on at all times in this sort of scenario, and make sure the virtual remote control is set up properly and that the inbuilt IR blaster can switch the set-top box on and off at your command. You'll need decent upload and download bandwidth in order to get smooth video, and you can change to a low bit rate in the player if your results aren't optimal.

Overall, the Vulkano Flow is defintiely an interesting solution for distributing a digital TV signal to a computer, smartphone or tablet, either over a local network or over the Internet. We just wish that it had HDMI, which would make set up with modern set-top boxes a lot easier. We also wish its interface was a little more comprehensive and that it handled recordings better. If you're keen on this product, it's distributed by MMT and available at Harvey Norman.

Want to get content from your laptop onto your TV instead?