An affordable, slimline ViewSonic notebook that includes a DVD burner The ViewSonic ViewBook Pro is one of the few affordable ultraslim laptops to have a built-in DVD burner. It's a nifty little unit for business users and students, and it's very light. It felt a little bit sluggish during normal usage, but benchmarks scores showed it to be on par with other notebooks in its class.

ViewSonic's ViewBook Pro one of the rare ultraportable laptops to have a built-in optical drive along with a competitive price — it costs only $1349. A DVD burner is installed in the right side of the notebook and it's a refreshing change compared to all the inexpensive ultraportables we've seen over the last few months that forego an optical drive primarily to keep the overall cost down.

The ViewSonic ViewBook Pro has a 13.3in screen, plenty of palm rest and a very comfortable keyboard. When you first play around with the notebook its keyboard rattles a little and the touchpad sometimes sticks; but after a few hours, you realise that this ViewSonic laptop is actually a joy to use and typing for a long period of time doesn't get tiring. The keys are 18mm wide at their base and 15mm wide at their tip, which means there is plenty of space between them. The arrow keys aren't undersized, no keys are placed in awkward positions, and the page up and page down buttons along the right edge of the keyboard are convenient to use when scrolling long documents or Web pages. 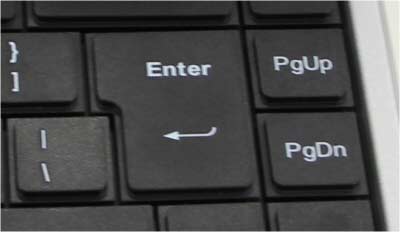 The only key that's abnormally shaped is the Enter key, which you can't miss.

The ViewSonic ViewBook Pro uses the same driver program as the ASUS N61Ja for touchpad gestures, and the implementation is just as good — that is, you can use a simple pinching motion to magnify the entire Windows 7 desktop and active program windows, not just photos. Some gestures aren't enabled by default — such as the rotating gesture — but you can enable them with the Multi-finger applet in the Control Panel. The overall performance of the touchpad was good in our tests, though it sometimes struggled to track our finger or detect a tap. This is perhaps the only real usability problem with this notebook.

Using the ViewSonic ViewBook Pro on your lap is a comfortable experience; even though it does get a little warm after a while, it never becomes unbearable. The unit weighs only 1.6kg, so it won't feel heavy in your lap. Furthermore, the light weight means you'll be able to cart the notebook to work or to school without feeling any strain in your shoulders.

The overall build quality of the ViewBook Pro is good. Even though its screen feels a little flimsy it's actually quite strong and flexible. Ripples appear at the top edge of the screen when you bend it, and we used a good amount of force without inflicting any damage. Bending it forcefully in the middle part of the lid only produced very slight ripple effects in the middle of the screen. The hinges hold the screen firmly in place and they have an L-shape to them, so the screen opens up and leans behind the spine of the notebook. The display has a native resolution of 1366x768, which is standard for this class of notebook. It's a glossy screen, but it doesn't perform poorly in brightly lit areas; reflections weren't a problem and we could even use it while sitting next to a window in the middle of the day.

The chassis feels strong when you pick up the notebook from its sides, and its design is fairly nice — it actually looks a little like the Toshiba Portege. The DVD burner sits in the right side of the chassis. It's easily removable and ViewSonic also supplies a 'weight saver' module for the ensuing empty space, which makes the notebook even lighter.

While it's true that optical media isn't in heavy rotation these days — thanks to faster Internet connections and prolific network-storage devices — it's still a very useful tool for backing up data, loading software and, of course, ripping music and DVDs to your hard drive. It's a feature that we're glad to have in the ViewSonic ViewBook Pro, even if it means that a couple of USB 2.0 ports had to be sacrificed. Indeed, the ViewBook Pro only has two USB 2.0 ports, so you'll have to connect a powered hub if you want to use more than a USB mouse and a thumbdrive at the same time, for example. 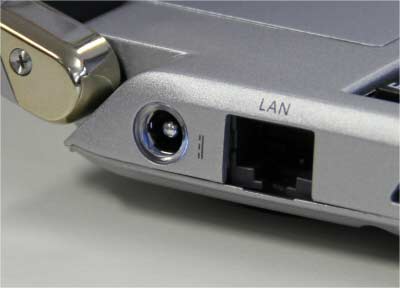 A light illuminates the power socket, making it easy to locate in the dark.

There's a little touch that we love about the ViewBook Pro, and that's the little light that illuminates the power socket (see above). It makes it very to see, at a glance, where you need to plug in the power adapter and it comes in very handy when you use the notebook at night. We wish more notebooks had this feature. 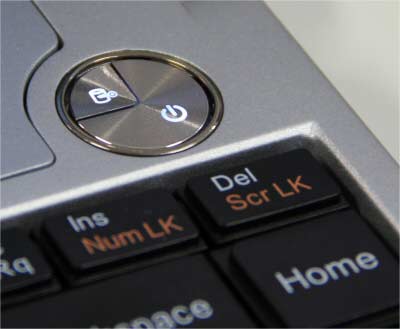 The 'AntiSteal' button takes up a quarter of the power button's real estate.

Another feature that's not typical of most notebooks is the 'AntiSteal' button. This is placed in the same circle as the power button and takes up a quarter of the space (see above). It's a little difficult to press and you have to be careful not to press the power button accidentally when you want to arm the alarm. 'AntiSteal' mode makes use of the built-in accelerometer to sound an alarm when the notebook is moved (see a video of it below). It only works while the notebook is switched on, and you can't customise the sound of the alarm, but it's a very cool feature nonetheless. If the notebook is moved too fast and the hard drive protection utility stops the hard drive, the alarm will stutter and be even more conspicuous.

The ViewBook Pro also has a fingerprint reader, which allows you to access the system and log in to regularly visited Web sites just by swiping your finger. For a notebook that's designed to be mobile and used on location, these security features are a nice touch; but because it's a low-cost notebook, there is no trusted security platform module installed to encrypt your password details.

Inside the ViewBook Pro is an Intel Core 2 Duo SU7300 CPU, which is a dual-core processor that runs at 1.3GHz. You also get 2GB of DDR3 memory, integrated Intel GMA 4500 graphics and a 320GB, 5400rpm hard drive. This configuration is perfect for running office applications and it can also be used effectively to encode media files. For example, it took 2min 13sec to encode 53min worth of WAV files to 192Kbps MP3s, which is a few seconds faster than the Dell Vostro 13. The Vostro 13 has a similar configuration to the ViewBook Pro, but it costs $1299 — that's without a built-in optical drive, a slightly heavier weight and a battery that is built-in to the unit. So for a bit more money, you get equivalent performance and the addition of an optical drive — not to mention the cool alarm system.

We found the hard drive to be a little slow in our tests. It recorded a transfer rate of 21.41 megabytes per second, which is the type of speed you expect out of a notebook with an Intel Atom CPU, not a Core 2 Duo. The overall performance of the notebook felt a little sluggish as we used it for everyday tasks. Sometimes the system would stall for a few seconds when installing programs, for example, and this was frustrating.

The ViewBook Pro uses a removable 6-cell battery that forms the spine of the notebook, which means there's plenty of dead space above the keyboard. It lasted 3hr 4min in our battery rundown test, during which we disable power management, enable the wireless radio, turn up the screen brightness and loop an Xvid-encoded video. This time is not as good as what the 13.3in HP Pavilion dm3 recorded, for example, but it's over an hour better than the Dell Vostro 13.

At first glance the ViewSonic ViewBook Pro may not appear to be anything special, but it's a crafty piece of work that is actually very enjoyable to use. Its keyboard feels good, its glossy screen doesn't reflect much light, it's got plenty of good features (HMDI, VGA, ExpressCard/34, an SD card slot, Gigabit Ethernet, 802.11n Wi-Fi) and it's competitively priced. We especially love that ViewSonic has been able to install a DVD burner in this form factor without jacking up the price too much. However, we wish it had a better touchpad and that there was at least one more USB 2.0 port. Overall, though, we like this ViewSonic laptop a lot and think it's a good option for students and workers alike.