Ubisoft Naruto: Rise Of A Ninja 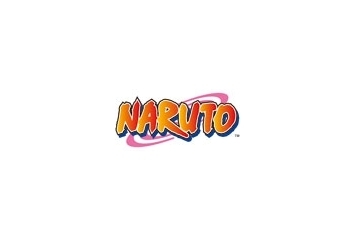 Naruto: Rise of a Ninja is an excellent addition to the Naruto franchise and it's sure to please fans of the series.

There are few shows that are as popular as Naruto and you know what that means: a glut of licensed video games. But surprise, surprise: Rise of a Ninja actually manages to stand out in the tidal wave of Naruto branded releases!

The ridiculously popular Naruto fad that is currently sweeping the nation has resulted in an avalanche of licensed games. Most of the creative output has come from Japanese-based companies where the marketing money machine is running at full capacity.

So it's surprising to see that Naruto: Rise of the Ninja comes from Ubisoft Montreal, far from the distant shores of Japan. But even more surprising is the fact that Rise of the Ninja actually manages to be good, raising itself high above the bar set by the other titles inspired by the franchise.

The graphics in Rise of the Ninja are by far the best found in any other Naruto game, and the great mix of adventure RPG and fighting game lends itself handily to the Naruto storyline. Rise of a Ninja also features two compelling modes: story and versus battle.

Versus battles are one-on-one brawls with only a handful of combos and projectile weapons available, meaning button mashers will have a field day. Thankfully, the implementation of jutsu special moves offers an interesting twist to the gameplay and it should help separate the n00bs from the grand masters. In order to perform jutsu, you must flick the two analogue sticks in certain directions.

However, the time it takes to move your right hand from the buttons to the analogue stick then stand motionless as your jutsu gauge charges is a nerve-fraying experience, and mimics the series' concept of executing hand seals in the heat of battle. If you're successful, though chances are you probably won't be, you'll start a short series of button-presses or some other sequence to complete your attack while your opponent must block. These jutsu sequences are also home to some of the most devastating moves and the most impressive graphical moments in the game. Versus play extends online via Xbox Live as well, with no slowdown and tons of action.

One more time around the block

While it is a lot of fun, the versus battles are only half the, well, story: Rise of the Ninja's story mode chronicles the first half of the Naruto series, up through the Chuunin exam, using short excerpts of animated scenes. You won't be too lost if you've never been exposed to the series but honestly, why would you buy this game if you weren't already into Naruto? There are also a handful of side missions included that bring some new tidbits to the table.

The game does drag along initially, however, and some quirky control issues only compound the problem. It isn't until you get deep into the game and acquire new skills and missions that the game really opens up. Naruto spends the majority of his time flitting through Konoha village, the clear centrepiece of the game. The village is an expansive well-designed sandbox-style playground for Naruto to run around in, and as you gain more skills (such as double jumps, wall-walking and water-walking), more and more of the enormous village is opened up to you, giving you an excellent sense of what it would feel like to use your elite ninja skills to leap tall buildings in a couple of bounds. In fact, the coin collection missions end up encouraging you to explore every corner of the village, constantly asking yourself, "Can I reach that platform?"

Although the game is short, it manages to stay fresh thanks to the way new areas and moves are doled out.