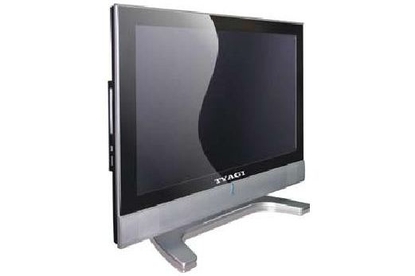 The Tyagi 3788 is a simple, no-frills LCD television without the complex features of more expensive models. It offers acceptable picture quality.

The Tyagi 3788 is a simple, no-frills LCD television without the complex features of more expensive models. Its picture quality is acceptable — it's similar to older mid-range panels we have seen.

Tyagi boasts that the 3788 LCD television has an LG panel — since LG doesn't currently have a 37in model on the market we’d wager it’s the same panel as a previous generation television like one of the LG60 models of mid-2008. The basic specifications are the same — both panels are Full HD 1080p and have a brightness level of 500cd/m2 — but the older LG model has a far higher dynamic contrast ratio as well as a faster response rate. If you purchase the Tyagi 3788 you will be getting a television with inferior specifications — albeit at a significantly lower price.

The Tyagi 3788 has one of the least aesthetically pleasing designs we have seen in a while. A silver and black two tone paint-job and a hawk-wing stand make the television seem as if it has been hidden in a warehouse since the 1980s, but at least the display is not too deep and can be easily wall-mounted.

The Tyagi 3788 has a small array of connections. On the rear of the unit at the base there are two HDMI ports and two composite ports as well as single component, S-Video and D-Sub VGA connectors.

When it comes to picture quality this television punches above its weight. Its Full HD native resolution helps it display Blu-ray and high-definition video game content crisply and with plenty of detail, while a decent pixel response time of 5ms means there is no noticeable ghosting on motion. Standard-definition content is displayed acceptably, though the screen’s in-built upscaler introduces some artefacting and digital noise.

Brightness is pleasantly high, and with the dynamic contrast mode enabled there is a decent amount of detail visible in light and dark scenes. Colours were relatively accurate by default although over-saturated; this is easily fixed using the simple on-screen menus.

No 100Hz frame-doubling mode has been included, which means that fast motion on screen will show jitter. This is the main area where models from budget competitor Kogan come out ahead, with 100Hz modes included in all the company's big-screen models. Kogan does not offer a 37in model, though, which means if you’re looking for an ultra-cheap television at this size then Tyagi is your only hope. Update: Kogan has just announced the launch of a 37-inch LCD television for $900, to be released in April.

One benefit of buying direct from the distributor is the option for a cheap extended warranty. Tyagi offers a five-year warranty boost for under $200, which might be good if you’re after extra peace of mind. It does bump the cost of the television up to $1300, which is dangerously close to the territory of models from more distinguished brands.

If you are looking for a medium-sized television but don’t want to shell out the cash for a market-leading brand like Sony or Samsung, the 37in Tyagi 3788 is a reasonable choice. It is competent, but don’t expect the earth for the price you are paying.