A great PVR for digital TV recording, but some of its other features could use modernising 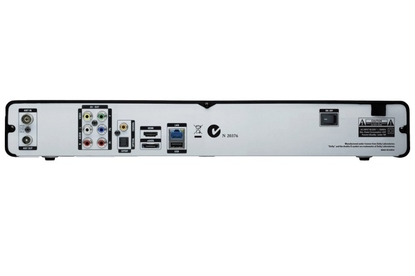 We really like the Topfield TRF-7170 as a recording device. It can record up to four shows through its two HD tuners and its EPG and recording features are very useful. However, its menu interface and media features could use some updating to make them more enjoyable, and its remote control could use more comfortable buttons and a better layout.

The Topfield TRF-7170 is a unit that specialises in digital TV recording. It has two tuners and a 1TB hard drive, and it can record up to 4 program streams from two channels simultaneously. It's also one of the first units on the Australian market to support what Topfield calls "Intelligent Recording", which allows you to record an entire series with one simple recording action.

Indeed, the Topfield does excel when it comes to recording, and it's the best unit to consider if you're sole purpose for wanting a PVR is to record TV shows. The built-in EPG brings up a grid of all the programs on the free-to-air schedule and allows you to select programs for later viewing or recording simply by clicking on them. You can schedule up to four recordings during the same time period as long as they are from two channels. For example, you can record something from GEM and GO, which are on channel Nine, and something from 7Two and 7Mate, which are on Seven. While recording two or more programs, you'll only be able to watch programs from those two channels that you're recording from, or you could play back a previous recording.

Intelligent Recording is a feature supported by this Topfield out of the box and it's simply an option that appears when you're in the EPG, which allows you to flag a show for series recording. By recording one episode using Intelligent recording (the blue option on the remote), it will record that program whenever it appears on the schedule. By default, it also adds five minutes of padding to the start and finish times of the recordings, but this can be tweaked in the system menu. The padding also works on regular scheduled recordings. Manual recordings (pressing the record button while watching) last up to two hours. The unit also supports time-shifting from 30min to five hours.

Getting to recorded programs takes a couple of button presses with the supplied remote control and programs default to an alphabetical listing, rather than date. To sort recordings by date, you have to press the white button on the remote (options) and select 'Time' as the sort option. The menu is transparent by default and can be hard to see sometimes, but you can set the transparency level to zero from the Settings menu. If you stop a recording, then you will go back watching live TV rather than back to the menu for recorded programs. We found this annoying.

The EPG can be invoked by pressing the Guide button on the remote. It's a grid that shows three hours worth of programs and seven channels per screen. It's intuitive to read and the current show you are watching is highlighted in yellow. Show names are displayed for the most part, but there are some small, blank boxes for programs that are less than 30min in length. For these, you'll need to click on the 'i' (information) button on the remote to see what they are. To record programs, simply press the OK button on the remote until a red 'R' appears in the program box. You can also just tell the Topfield to switch to a certain program at its start time (withut recording it) so that you don't miss it when it's aired live.

You can leave recordings on the internal 1TB hard drive, or you can copy them to a USB drive, or even try to transfer them to your computer by connecting the Topfield to your network (via the Ethernet port at the rear of the unit) and enabling its Web server. We say "try" because it's a bit of a temperamental feature that did not always work properly during our test period. Sometimes, transfers would stop and the interface would crash, requiring us to switch it off and on again. It's a problem that we also faced with the TRF-7160, although we fixed that by applying a firmware update.

We checked for a firmware update for the 7170 during our tests, but one wasn't available. Playing back files on a PC can't be done through Windows Media Player. You'll need to use a player such as KMplayer. This unit doesn't have the ability to stream video off other locations on your network, that feature is reserved for the TRF-2460 Masterpiece HD.

In addition to viewing and recording free-to-air TV, the Topfield can be used to play back Divx files from a hard drive. This feature is still primitive, and this is a criticism we had of the previous Topfield that we saw, the TRF-7160. Topfield really needs to work to make not just this feature, but the entire menu a little more user friendly. It's starting to show its age and it's definitely not as good as the menus on other PVRs we've seen, such as the Humax HDR-7500T.

Physically, the Topfield is a full-width unit that will take up a space as wide as 43cm in your entertainment cabinet. Its design hasn't really changed compared to previous Topfield units we've seen. It still has an annoying blue LED that's displayed when the unit is in standby mode and it still has a USB port on the front as well as USB, eSATA, 100Mbps Ethernet, digital audio (coaxial and optical), Component, Composite and analogue audio output at the back. Only one antenna input is needed, and it has a pass-through antenna connection, too, which is handy if you want to hook up any other device in your setup with a TV signal.

We're not fans of the Topfield's remote control, which has buttons that too small and spongy. Furthermore, the layout of the keys is awkward, especially the location of the playback buttons. This is another area that Topfield needs to modernise.

Basically, the Topfield isn't a perfect unit. Its menu system, media playback capabilities and its remote control now seem dated and could all be better. On the plus side, it has a 1TB hard drive and its recording features are the best in the business. Consider this unit if you're an avid TV watcher and recorder of programs, and you don't really care about other features such as playing Divx files. Recording is what this unit does best.