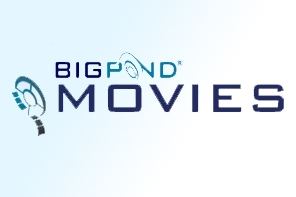 BigPond movies is easily the best online DVD rental service beating out its competition in spades.

Usually when someone like Telstra BigPond moves into a field that is dominated by well established competition, you expect their services to be below-par. When BigPond entered the online DVD rental market in this country it was up against some stiff competition. At first, they faltered a little with poor disc packing which resulted in an exorbitant number of discs being near-destroyed in transit. Back then, it was common for their DVDs to fail during playback resulting in many disappointed customers returning their films without seeing the ending.

Thankfully, times have changed and BigPond has learned from its mistakes. Not only do the DVDs now come in a protective sleeve but the delivery of those DVDs is rapid with an unmatched turnaround of only 2 days from the time a DVD is sent back and the time a new disc is received. This, above all else, was the most impressive thing we noticed when we did our comparative roundup of Australian online DVD rental services in April 2006.

BigPond movies has over 18,000 titles in their catalogue supported by an intuitive website that makes searching for DVDs a breeze. Grouped via genre, top 10, most popular, coming soon and the like, the site makes compiling a list of desired titles extremely easy. All a user needs to do is make a list of DVDs they wish to see and, according to the plan they are on, up to 4 DVDs will be sent to them at a time.

In our testing we made a list of 15 titles and signed up for a trial account. BigPond has the best trial on the market with a full month of free DVDs. Within 2 days of making our list we received our first batch of DVDs. We sent them back that day and two days later we received 4 more. The DVDs in our list were broken into 10 new and recent releases and 5 older titles. Of the 12 DVDs we received in the first two weeks of the trial, only 2 were older titles.

As far as pricing goes BigPond Movies is about the same as their competitor, Quickflix. However, BigPond members get huge discounts on the service making it the cheapest service available. Since not everyone is a BigPond member, we have taken their standard rates as gospel and used them as the basis of our scoring and comparisons.

BigPond's customer service and notification policy is based on minimal contact, which we quite appreciated. The only email we received from them was one single email per shipment informing us they had received our DVDs and what titles they were sending out. This was refreshing considering the numerous emails we received from the other two carriers.

Overall, BigPond is easily the best online DVD rental service in this country and should be seriously considered for people who love movies. Their one month trial is more than enough time to discover whether the service is for you and cancelling the service in the event that you are not interested is completely painless.