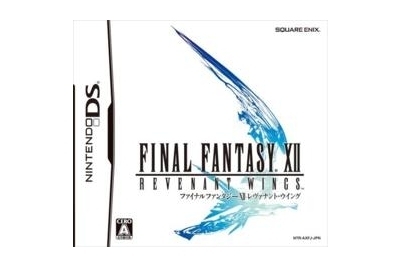 It's an interesting addition to the Final Fantasy franchise and proof that Square Enix can deliver a good title that doesn't fall back on RPG conventions.

The idea of a Final Fantasy title that strays from its traditional RPG roots will no doubt conjure up flashbacks to less than stellar experiments like Dirge of Cerberus and Heroes of Mana.

But shockingly, Revenant Wings, which trades in the RPG formula for a real-time strategy bent, manages to buck past trends and delivers a gaming experience that is actually worthy of the Final Fantasy name.

A pirate's life for me

Picking up where Final Fantasy XII ends, Revenant Wings centres on the sky pirates Vaan, Penelo, Kytes and their crew as they fight on the floating continent of Lemures where winged beings known as aegyl roam.

The aegyl aren't the only things populating Lemures, though, as monsters and marauding sky pirates have invaded the continent. Luckily, Vaan has come to possess a stone that allows the summoning of esper groups, also known as "yarhi," which is where the RTS portion of the game kicks in.

The RTS genre isn't very popular in Japan, a fact that must have affected Revenant Wings' design. The strategy portion of the game has been boiled down to a "rock, paper, scissors" mechanic in which each unit has a corresponding unit that it is weaker or stronger against. Elemental types help add a layer of strategy, but for the most part, if you throw enough units at a target, you'll likely clear the mission.

Thankfully, the AI is nowhere near as idiotic as it was in Heroes of Mana, making battles actually fun, instead of an exercise in micromanaging frustration. Your units go where you want them to go, and do what you want them to do. The size of the DS screens remains an issue, but it's not as bad as it was in Heroes: the only problem arises when you have multiple units clumped together, making it difficult to pinpoint which specific units.

Still, we give Revenant Wings high marks for its well-paced story, its shallow yet fun RTS-lite gameplay and the RPG elements such as magic casting and weapon crafting.