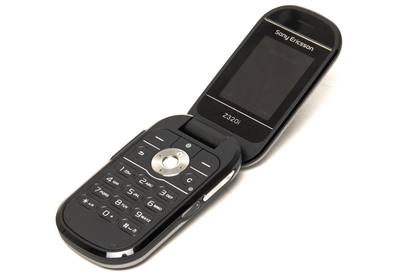 The Z320i is a handset as basic as they come. Although it performs reasonably well and features a compact, stylish design, the lack of Bluetooth connectivity lets it down immensely.

An entry-level handset aimed at prepaid consumers, Sony Ericsson's Z320i is an ideal phone for the first time buyer, or those who need a second mobile to do the basics. Its compact flip design, combined with a standard list of features makes it a decent choice if you don't need all the latest bells and whistles. Unfortunately, the lack of Bluetooth is a major sour point.

The Z320i is one of the more compact handsets we've seen recently. It cups comfortably in your hand, and will easily slip into any pocket. It feels reasonably well constructed, despite the plastic build and despite the size, the Z320i feels as though it is capable of taking a few knocks and bumps. Our only complaint with the design lies with the flip – the handset is somewhat difficult to open using one hand. Sony Ericsson includes an extra two sets of interchangeable face plates, for both the front and rear of the phone.

The best feature of the Z320i's flip is the front monochrome display. It contains four status lights for incoming calls, missed calls, SMS messages and silent mode. The display doesn't show caller ID information (you'll have to open the flip for this), but it remains a quick fire way to keep track of commonly used functions.

As far as usability goes, this falls in line with most other Sony Ericsson models. The simple menu and interface is well laid out and easy to follow, and the five-way navigational pad and controls are comfortable and well placed. We achieved reasonably fast speeds when messaging using the keypad. The keys themselves are flat, but well spaced and quite easy to press.

As this is an entry-level model, features are sparse, but it includes most of the basics. A 1.3-megapixel on the front of the handset can be used for photos, but with no flash, low light photography is out of the questions. The quality of images is about what we'd expect from such a low-specified mobile camera – good enough for wallpaper shots but not much more. Be warned though – the Z320i only has 12MB of internal memory and no expansion slot.

A full array of PIM features, including alarm, calendar, tasks, notes, calculator, timer and a stopwatch are all standard. The Z320i supports standard SMS and MMS messaging with T9 predictive text input, but there is no support for e-mail. Unfortunately, the lack of Bluetooth is mystifying, despite the Z320i's position in the low end of the market. Bluetooth is virtually a necessity on even the most basic of mobile phones, so its exclusion here is disappointing. The lack of more than one sound profile is also a sour point.