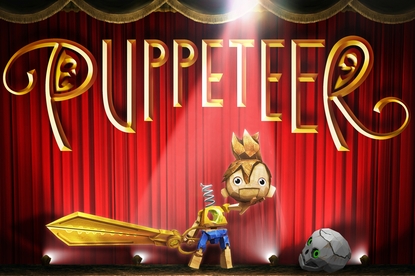 Puppeteer is a welcome breath of fresh air from the glut of upcoming high profile releases. The imaginative presentation will win you over, but it comes at cost of a difficulty curve.

The PlayStation 4 may be around the corner, but that does not mean there is a shortage of new IP coming out for the PlayStation 3. While Sony has shown itself adept at releasing blockbuster games such as The Last of Us, it’s also good at releasing niche titles such as Puppeteer. Much like Sony’s Little Big Planet, Puppeteer is a fantasy themed platformer that aims to draw the player into the adventure through its charm and wit.

The story of Puppeteer revolves around Kutaro, who is kidnapped and taken to a black castle by the Moon Bear King. At the castle, Kutaro is turned into a puppet with the ability to change his head to gain different abilities. In addition to the multiple heads, Kutaro has a pair of magical scissors called Calibrus that he uses to defeat enemies, as well as to interact with the game’s world. You’ll need to use the head abilities and the weapon in order to traverse the whimsical levels, as well as defeat the Moon Bear King to escape the castle.

The premise of the game may seem simple on the surface, but the presentation is anything but that. The setting of Puppeteer features a theatrical motif, so the levels consist of sets, lighting, background music, and narration. The graphics and animation are impressive, and the character and background design is also memorable. A lot of effort has been put into interactivity within the levels, and the boss fights are both large and intricate. The voice acting in Puppeteer is also quite good, particularly the off-screen narration, and this helps bring you into the story.

After the excitement around the graphics and presentation wears off, the slightly repetitive nature of the game becomes apparent. Combat with the regular enemies throughout levels becomes predictable after you find effective ways to dispose of them. New abilities are introduced with the interchangeable heads, but there is not as much variety in the snipping mechanic. The boss fights, while impressive in scale and execution, are mainly disposed of with quick time events, a game mechanic that limits interactivity to button pushes matched with on-screen commands.

Although Puppeteer has a tendency to get difficult at times due to the placement of some checkpoints, it’s still a highly enjoyable and imaginative title that deserves a look in the lead-up to the Christmas season.