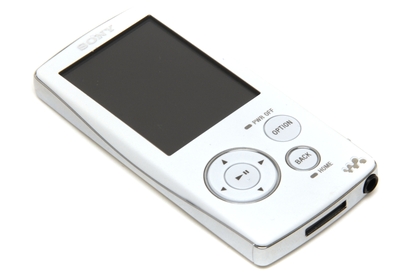 The NW-805 comes with a hefty price tag, but if you can overlook the reliance on SonicStage, this is a fine portable media player with an excellent design and good sound quality.

The NW-A805 is Sony's first Walkman player that supports video playback. Offering a stunning, compact design, a bright and clear 2in screen and excellent sound quality, the NW-A805 is only let down by a reliance on SonicStage software to transfer content, as well as a hefty price tag.

The flash based NW-A805 is part of the NW-A800 series which also includes the NW-A806 (4GB), and NW-A808 (8GB) models. All are identical, with the exception of storage capacity and available colours.

The NW-A805 is primarily a music player, even if the diminutive unit is capable of playing videos. It supports MP3, WMA and AAC files, and of course Sony's proprietary ATRAC format. Unfortunately, this Walkman is once again let down by Sony's insistence on the need to convert files using the included SonicStage CP software. This wouldn't be such an issue if, like the iPod using iTunes, the software was intuitive and easy to use. Unfortunately, SonicStage 4.3 is slow, clunky and confusing which makes for a frustrating user experience; though one advantage is its ability to connect to the internet and automatically identify files through Gracenote. The NW-A805 can sort music by song, album, artist, genre, rating, release year and even files recently transferred to the unit. SonicStage allows you to create play lists, while the Walkman also displays album art.

SonicStage aside, the NW-A805 is an excellent unit. Sound quality is crisp and clear, although we felt volume isn't loud enough at its highest setting. This in turn renders Sony's AVLS (Audio Volume Limiting System) almost useless, as you can barely hear when it's activated. Despite this, the Walkman pumps out a fair amount of bass and most tracks sound clean and crisp. Mid range is good, and both bass and treble levels are notable. Sound quality is greatly helped by an excellent equaliser, with four preset settings (heavy, pop, jazz, unique) as well as two customisable, six band equaliser settings. It is worth adjusting the custom equaliser for the best quality sound, depending on the style of music you listen to. In addition to the equaliser, the NW-A805 also has repeat and shuffle play modes, surround settings (studio, live, club, arena), a DSEE sound enhancer, dynamic normaliser and clear stereo settings.

Surprisingly, Sony supplies its MDR-EX85LP headphones with the NW-A805. They are a great portable in-ear headphone and offer smooth sound, together with a comfortable design. They also come with three different sized caps to ensure they fit most sized ears, as well as a one metre extension cable. The quality of headphones included with portable media players usually leaves a lot to be desired, so it's great to see Sony has addressed this issue.

One feature we found interesting was 'Time Machine Shuffle'. The NW-A805 randomly picks a year and plays all the songs from that year on the Walkman. When you first select the time machine shuffle, the Walkman displays a shuffle scene filled with numbers and then proceeds to decode the random year it is going to select. Also intelligent was the search function, allowing searches by artist, album or song; all by selecting letters from an on-screen keyboard.

Video playback on the NW-A805 is solid, but far from outstanding. The 2in screen is bright and clear, but it is difficult to see in direct sunlight, and the viewing angle could be improved. The Spiderman video loaded onto our review unit suffered from a poor frame rate, but videos we uploaded ourselves didn't have the same issue. The NW-A805 supports MPEG4 files, and they are converted into AVC files using SonicStage.

The interface is definitely one of the strong points of this Walkman. It's not only attractive, but is also very easy to navigate. The main menu is a 3 x 3 grid of icons, and each is highlighted when you navigate to it. Each submenu is in a simple list format, and the five-way navigational pad makes it easy to use. We also liked the fact that while you're in any menu, the bottom of the screen displays the current track that is playing, as well as the battery life icon.

Comparable in size to the miniscule iPod nano (2nd Generation) the Walkman has a stunning, slim design. Measuring 88mm x 43.8mm x 9.6mm and weighing a mere 53g, it is attractive and stylish. The unit has chrome edging and button surrounds, as well as an etched Sony logo just above the display.

Although the controls don't manage to surpass the effectiveness of the iPod click wheel, they do a very good job regardless. The NW-A805 has a five way navigational pad that encompasses a play/pause button in the centre, option and back buttons, as well as a hold switch on the rear and a volume control on the right side. The strange location of the hold switch, usually placed on the top or sides, is our only complaint with the otherwise intuitive controls.

Sony claims a battery life of up to 33 hours for music playback, and up to eight hours of video playback, but we achieved significantly less, managing to use the Walkman for approximately four days before needing a recharge. The NW-A805 uses a proprietary port for charging and synchronising, and a USB cable is included in the sales package. A full recharge takes approximately 180 minutes.