An attractive notebook with a good set of features, but also with a few issues 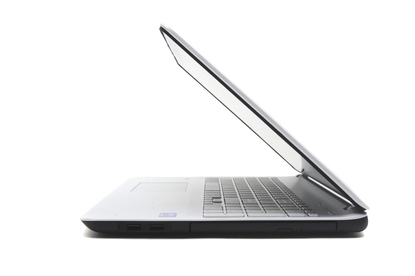 The VAIO Fit 15E represents good value for money if you're after a 15in laptop that's attractive and reasonably comfortable to use. Its touchpad isn't good, and its battery life could be better considering an ultra-low voltage CPU is installed, but it has a good keyboard and a respectable set of features.

It may be an entry-level model, but the Sony VAIO Fit 15E is a stylish 15.6in touchscreen notebook that looks better than most other models at the same price point. You can use this notebook for typical office tasks, Web browsing and communications, and it's also useful for video tasks and 3D processing thanks to its discrete graphics adapter. Basically, it's a good all-round computer for the home, or for a student — though at 2.7kg it will be a bit of a chore to carry around on a daily basis.

What powers the VAIO Fit 15E is a third-generation Intel Core i5-3337U CPU, rather than a fourth-generation intel Core CPU, and it's an ultra-low voltage model that's designed to give the notebook plenty of efficiency when it comes to power. The end result is a notebook that isn't blazingly fast, but it runs relatively cool and quiet most of the time, and its battery life is decent (though not as good as we were expecting from an ultra-low voltage model).

Surrounding the Core i5-3337U CPU is 4GB of RAM, an Nvidia GeForce GT 740M graphics adapter (as well as integrated Intel HD graphics), and a 750GB, 5400rpm hard drive. Considering the price point of the system, it's not a bad configuration, though we would have liked either a little more RAM or a 1TB hard drive to be installed (maybe even a hybrid solution with a solid state drive to speed up regular tasks).

Nevertheless, the configuration performed well enough in our tests, but it wasn't as fast as we expected: it recorded 53sec in our Blender 3D rendering test, 1min 14sec in our iTunes MP3 creation test, and 29min 18sec in our HandBrake DVD-to-MP4 file conversion test. We expected a sub-50sec time in Blender, and a time closer to 20min in HandBrake. By comparison, the Dell Inspiron 17R, which uses the same CPU, recorded 46sec in Blender and 20min 15sec in HandBrake.

We did notice some sluggishness in the day-to-day usage of the notebook, too, in particular when installing applications. We put some of that down to the hard drive being slow; it recorded 101.6 megabytes per second (MBps) in the CrystalDiskMark read test, and 97.56MBps in the write test. Cold boot time wasn't too bad, though, as the laptop went from an off state to the Windows 8 login screen in just 22sec. It resumed from sleep mode in about 4sec.

Graphics can be handled by the integrated Intel HD 4000 chip when using the computer for regular office and browsing tasks, or by the Nvidia GeForce GT 740M chip when 3D processing is required (they switch automatically using Optimus technology). In 3DMark06, the Nvidia graphics recorded 9566, which is a mark that we expected. In the latest 3DMark, the Sony recorded 51894 for the Ice Storm test, 5080 for the Cloud Gate test, and 1007 for the Fire Strike test. The Fire Strike mark is particularly good, and it shows that this notebook can be used effectively for a little bit of gaming (though it won’t run intense 3D shooters or other complex games with the greatest of ease).

In our battery life tests, in which we disable power management, enable Wi-Fi, maximise screen brightness and loop an Xvid-encoded video, the VAIO Fit 15E lasted 3hr 40min, which is a decent time for a 15.6in laptop (the ultra-low voltage CPU helps), but it’s not as long as we were hoping for. The Dell Inspiron 15R-5521 that we reviewed recently, for example, recorded 5hr 8min in the same test using a slightly faster ultra-low voltage CPU, though it also has a bigger battery. The time we recorded for the VAIO Fit 15E is actually only 20min off the 4hr that Sony claims on its Web site, and you’ll be able to get that much out of it if you lower the screen brightness and don’t perform too many CPU-intensive tasks.

Incidentally, because it has an ultra-low voltage CPU, the power adapter for the VAIO Fit 15E isn't a large one. It's similar in size to the adapters that ship with Ultrabooks.

Physically, the VAIO Fit 15E has a good keyboard with keys that offer adequate resistance and bounce. There aren't any keys in awkward positions, and there is some space separating the left and right arrow keys from the rest. You also get a dedicated number pad, and a row of half-sized function keys. One shortcut button is present above the keyboard, which invokes the VAIO Care maintenance software, but it's a hard button to press.

The palm rest is large on the right side and perhaps a little too small on the left side (82mm wide), though we didn't have any trouble using it. A large touchpad (106x65mm) is centred under the space bar, and it's a 'clickpad' type of touchpad that doesn't have separate left and right buttons. Physically, it doesn't feel too bad, but its operation isn't great. When we first booted the machine, the touchpad skated all over the place. We had to adjust the sensitivity to require more pressure, but even then the pointer travelled a little too fast and over our intended targets.

Other things about the touchpad are a bit of an inconvenience, too. For example, you have to enable the three-finger flick (if you are used to using it), though three-finger tapping is enabled by default, and the scroll direction is reversed by default (you have to reverse it manually if you want it to scroll in the traditional direction).

If you don’t want to use the touchpad to navigate around the screen, you can always just touch the screen instead. It supports 10 simultaneous input points, but the screen doesn’t tilt all the way back, which means you have to tap it while it’s in an upright position. Much like we saw in the Dell Inspiron 15R-5521, the screen moved back and forth with each tap, which was a little annoying and didn’t make us want to use the touchscreen all that much. It was fine for swiping gestures to bring up Charms and flick through open apps, but that’s about all we wanted to use it for.

The quality of the screen is a mixed bag. It has the potential to show rich colours, and photos do look good on it, but it’s a glossy screen, which means that reflections will often be a nuisance. It could also use better vertical viewing angles. Its native resolution is only 1366x768, which is mostly standard for laptops in this class, and on the 15.6in screen the icons and text look very large. If you want a Full HD screen, you have to consider the VAIO Fit 15 (non ‘E’ version) instead, which costs $1499 and also comes with a Core i7 CPU, 8GB of RAM and a 1TB hybrid hard drive, in addition to some physical differences.

Other features of the VAIO Fit 15E include HDMI, four USB ports (two of them are USB 3.0), separate headphone and microphone ports, an SD card reader, single-band Wi-Fi, Bluetooth, a webcam, Gigabit Ethernet, a DVD burner, and NFC.

When NFC is enabled, you can use it to shoot a Web site address to an NFC-compatible smartphone. This can be accomplished only through the Modern UI version of Internet Explorer, by bringing up the Charms, going to ‘Devices’ and selecting ‘Tap and send’ from the options. Once you tap your phone to the palm rest (the phone needs to be on and unlocked), then you will be prompted to open the link on your phone. Of course, the desktop links that are sent will divert to the equivalent mobile links on the phone (in most cases). We think this feature would be more useful going the other way — from the phone to the laptop. We also tried to send photos from the Metro UI photo gallery app, but our phone couldn't receive them; it received the NFC tag, but nothing could be done with it.

It's worth noting that the sound from this laptop's speakers is above average. You can easily use it to enjoy some tunes in a small room without having to plug in external speakers — unless you really want big sound, in which case you can use the audio output port to hook it up to your stereo.

If you’re considering a relatively inexpensive notebook for the home, the VAIO Fit 15E is a good choice. It has a comfortable keyboard, its screen is vibrant for the most part, and it has a decent array of features around its sides and inside its chassis. It offers some benefits over the Dell Inspiron 15R-5521 that we recently reviewed, mainly it includes NFC and Gigabit Ethernet (rather than 10/100 Ethernet), but it comes with a smaller battery than that notebook, and it still has some of the same drawbacks as that laptop (mainly single-band Wi-Fi and a frustrating touchpad).