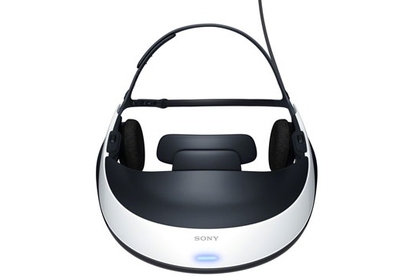 Sony’s Personal 3D Viewer is definitely a niche product. We can’t see many units selling -- it’s not a very sociable product, it can be uncomfortable and it really only appeals to 3D fans -- but if you can get it set up correctly it’s able to produce a good picture with excellent 3D depth.

We took some time to adjust the Personal 3D Viewer to suit the right head size, and then tried to get the best possible picture out of the 3D OLED setup. There is an under-side slider that moves the OLED screens apart or together, with each viewer theoretically able to find an optimal setting that merges the two screens into a single 3D image.

We were quickly able to find the best setting, but anyone with glasses or any eye conditions may find it more difficult. Even at the best possible setting with the Sony Personal 3D Viewer headset strapped on tightly and the sliders at their best, we did still notice a small amount of blurring at the extreme edges of the 3D image. We had worn the Personal 3D Viewer at a Sony exhibition before with no blurriness, though, so it may be a case of some sample variation in our review unit. 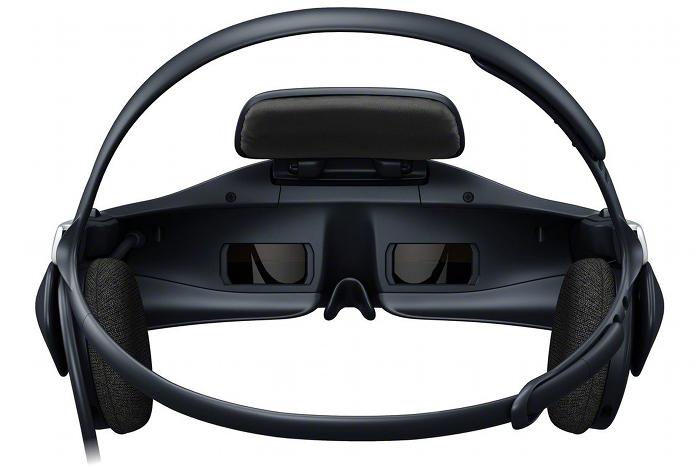 Otherwise the Personal 3D Viewer does an excellent job of displaying video. The OLED screens are able to display excellent black levels while also creating colourful and well-saturated visuals with great dynamic range. We’ve always liked OLED technology and we’re keen to see what LG and Samsung are able to produce in larger screen sizes.

The 3D effect created by the Sony HMZ-T1 is excellent — it’s amongst the best 3D we’ve seen from any source, 3D TV or projector or full-blown movie theatre. Because the displays are so close to the viewer’s eyes (and because there’s two of them, so the images are combined by your brain) the depth of a well-produced 3D movie is very obvious. The relative size of the displayed image also contributes to the impressive stereoscopic effect.

One potential stumbling block for the Sony headset is its native display resolution, which is only 720p — each OLED panel’s resolution is 1280x720pixels. This does mean that it’s possible to pick out each individual pixel in the displays if you look closely, and the HMZ-T1’s on-screen menu does look a little low-resolution. Once you’re watching a Blu-ray movie or playing a game via Xbox, PC or Playstation 3 the lower-than-Full HD resolution is less obvious, though — the system’s scaling works well and retains generally good levels of detail.

The headphones built into the sides of the Sony Personal 3D Viewer are well padded and comfortable, and have decent but unspectacular sound quality. Sitting on rather than around the wearer’s ears they leak a small amount of sound, but otherwise have good treble and reasonable mid-range response. Their value is in the extensive sound-stage they produce, with a good surround sound effect that complements movies and games alike.

One effect that’s largely restricted to 3D gameplay is, in our experience, a strange tendency to turn your head while playing. When we played Gran Turismo 5 in 3D we found ourselves turning while driving around corners — this has an unsettling dizzying effect if the light blockers are not in place, as it’s possible to see the outside world move around you. It’s possible to avoid this by holding your head rigidly, but we found this added another minor aspect of fatigue to the headset wearing experience.

Sony’s Personal 3D Viewer is a novelty, but it’s able to deliver a good picture and great 3D effect once it’s properly set up — although for us this came at the cost of a little discomfort. If you love 3D, don’t mind shutting yourself off from anyone around you, and have some cash to burn, try one out in-store.