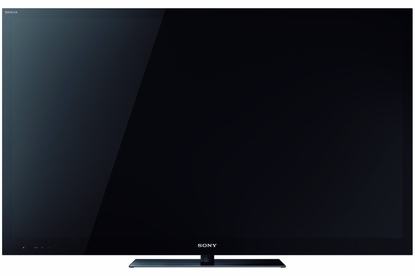 Sony's HX925 BRAVIA LCD is the company's best TV for 2011. It's got all the 3D trickery of last year's models, the same BRAVIA Internet Video streaming content access, and plenty of new gizmos to keep tech-heads and early adopters happy. Knowing Sony, it'll probably be pricy, but we're not doubting that it'll be visually impressive.

Sony's HX925 series of BRAVIA LCD TVs is going to be one of the top contenders for this year — it's got some interesting advancements from previous models and specifications that hint towards class-leading picture quality. We're keen to get our hands on one for some in-depth testing, but we can cover a few of the Sony BRAVIA HX925 LED TV's more interesting features before then.

The biggest advancement on Sony's 2011 BRAVIA LCD televisions seems to be Sony Internet TV. It's a streaming video service that, provided you have a fast enough broadband connection, gives you access to 24 linear streaming Internet TV channels. They might not all be all to your taste, but when you're just channel surfing this essentially doubles the amount of channels you can search through (digital TV has 15 in most regions) until you find something to settle on. We have no doubts that some of the content will be forgettable, but hopefully there'll be a few gems.

The Sony BRAVIA HX925's LCD panel looks to be pretty swish, as well. Sony rates the screen and processor with its 'MotionFlow XR 800' label — behind all the marketing, that's a 200Hz panel with LED backlight scanning, which flashes the LED backlights on and off in quick succession to simulate more video frames. It's also a full array of LED backlights rather than the cheaper, thinner edge-lighting setup on most Sony (and Samsung) LED TVs. This means it's better able to control the screen's contrast by dimming in different quadrants — the end result should be a screen that can display properly deep blacks (thanks to the LEDs turning off and on in an instant) alongside bright and detailed whites. The screen's also treated with an especially strong type of glass, so it should be resistant to errant Nintendo Wii remotes and PlayStation 3 Move controllers flying through the air.

It's also a pretty attractive TV, like the Sony HX900 that came before it. We've come to expect sheer glass panels and minimalist styling from Sony, and the HX925 is no different. The company clearly hasn't been listening to our past year of wailing, though — why does the HX925 still have a shiny, high-gloss finish on the screen? It does great things for colour and contrast, but apart from looking excellent when it's turned off it does an amazingly effective job of making the screen look bad in bright light. If it's any consolation, on the 55in screen size you can purchase the optional display stand which boosts speaker power and tilts the screen back at a rakish six degree angle.