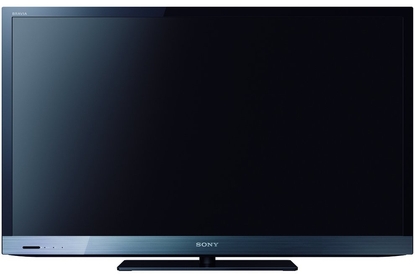 We think the Sony BRAVIA EX520 will be a popular cheap LED TV. It doesn't have any superfluous 3D features or built-in Wi-Fi, so for anyone just looking for a simple Sony TV it'll hopefully be a good choice. We are impressed by the inclusion of Sony Internet TV and BRAVIA Internet Video.

The Sony BRAVIA EX520 replaces the BRAVIA EX500 series that was released in early 2010. It's got all the same features and will likely have similar picture quality — it's an edge-lit LED TV using similar technology to last year's model. It doesn't have any motion smoothing (Sony calls this Motionflow), but it still has a Full HD 1080p panel.

The Sony BRAVIA EX520 will have the same Sony Internet TV and BRAVIA Internet Video features as the BRAVIA HX820 and BRAVIA HX925 — Sony's most expensive and best BRAVIA TVs for this year. If you want to connect wirelessly, you will need to purchase a Sony-branded Wi-Fi dongle.

Sony touts an 'energy-saving Presence Sensor' among the BRAVIA EX520's list of features, so we're guessing low power consumption will be a hallmark of this model in the same way it was for the Sony BRAVIA WE5 in 2009.