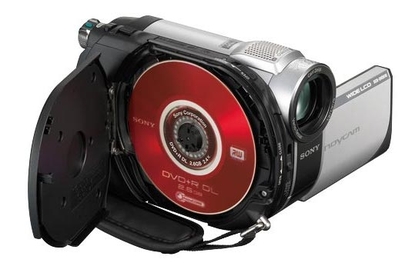 The DCR-DVD610 is far from great, but at this price it's kind of hard to go wrong. If you want a DVD camcorder that will do the basics and would prefer to spend as little as possible, it will get the job done.

The Sony DCR-DVD610 is an entry-level, standard-definition DVD camcorder aimed at the 'casual' demographic (i.e., undemanding customers). What it lacks in features and image quality it makes up for in price: a cool $499. While the super-low price point is bound to attract some, most users will be better off reaching deeper into their pockets for something a little more advanced. Nevertheless, it should prove satisfactory for the occasional no-frills home video.

The main advantage offered by DVD camcorders is that you can pop your recordings straight into a DVD player without mucking around with computers or cables first. This makes them ideal for casual shooters and older or younger users who might not feel comfortable with the editing process. Unfortunately, the Sony DCR-DVD610 leaves a lot to be desired in other areas: apart from the affordable price, convenience is one of its few strengths.

As its name suggests, the DCR-DVD610 is a downgraded version of the DCR-DVD810, which retails for $200 more. However, a lot has been stripped away from this model to achieve the lower price-point. In addition to ditching the DVD810's 8GB of internal flash memory, the DCR-DVD610 also suffers from cheaper components. Its smaller 1/8in CCD sensor has an effective pixel count of just 800k (compared to the DVD810's 1.07 megapixels). Subsequently, its image capabilities are decidedly under par, especially when it comes to still pictures (in this area, the DCR-DVD810 has roughly three times the resolution). It also lacks an active interface accessory shoe, and has an inferior 2ch inbuilt microphone. On the plus side, the DCR-DVD610 does benefit from a powerful 45x optical zoom, which is bound to frequently come in handy.

Both cameras look virtually identical to one another, sporting the same dimensions and black-and-silver aesthetic. Measuring 55x89x130mm and weighing under 500g, DCR-DVD610 fits comfortably in the hand without feeling too flimsy. The camera's electronic stabiliser does a good job of recording smooth, shake-free video, though you'll naturally need a tripod when using the higher zoom magnifications. Rather coolly, Sony has seen fit to include a traditional viewfinder on this model, which allows you to close the 2.7in LCD display and save on batteries. (Unfortunately, it can't be swivelled up or down, which limits you to front-on shooting.)

As you'd expect, video quality is not a strong point with this camera, with the inadequacies of the single CCD sensor readily becoming apparent. Naturally, the low-grade sensor struggled particularly in dim lighting, returning poorly coloured, noise-filled results. The average user should be able to live with these shortcomings, however, as they won't be attempting to capture award-winning video. Unfortunately, the same cannot be said of the camera's still picture capabilities, which are woefully poor. At 0.3-megapixels, its output is barely worth posting on Facebook.

Like its DVD810 sibling, the DVD610 includes a memory card slot for Sony's proprietary Memory Stick format. A 4GB Memory Stick can store 58 minutes of video at the highest quality setting. Conveniently, you can also transfer footage from Memory Stick directly to DVD in-camera.

As mentioned, the DCR-DVD610 lacks an external microphone jack or accessory shoe, which means you need to make do with the included 2ch zoom microphone. This is another major stumbling block with this camera: the microphone gave a below average performance in noisy environments, and we occasionally heard mechanical whirs and buzzes in our audio.

While it lacks many modes and features found on other Sony handycams, the DVD610 still benefits from some user-friendly features. These include Face Index (which detects human faces in your footage and presents them as thumbnails for playback convenience), Easy mode (which adjusts all camera settings for you) and added software support for quick, hassle-free YouTube uploads.

The DVD610 is compatible with all standard 8cm discs, including DVD-R, DVD-RW, DVD+R, DVD+RW and DVD+R DL. Recording times range from 20 to 325 minutes, depending on the video quality and type of disc used.