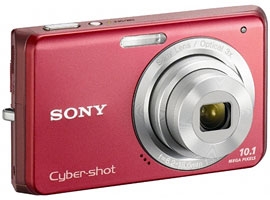 This Sony digital camera is small and easy to use, and it produces decent quality snaps for printing at up to A4. But it's a little slow, it doesn't always focus properly in low-light conditions, and it uses Memory Stick Pro Duo instead of SD storage.

Sony's Cyber-shot DSC-W180 is a largely automatic compact digital camera for people who want something that's simple to use and easy to carry in a pocket. It has a 10.3-megapixel CCD sensor, a 2.7in LCD screen, and a 3x zoom lens (35-105mm, 35mm equivalent).

The Sony Cyber-shot DSC-W180 is 92mm long, 54mm high and 19mm deep. It has a sparse array of controls on its rear (two buttons, a zoom control and a 5-way menu controller), and this is in keeping with what you can do with the camera. That is to say: not much (you can't change the shutter or aperture values yourself).

It does have a Program Auto mode, though, in which you can change the ISO speed and white balance for yourself. But changing settings isn't the point of this camera. It's designed to be a 'no fuss' camera that's easy for anyone to use. It even has on-screen descriptions for its shooting modes (for example, it will tell you that macro mode is useful for focusing on very close objects).

A sliding switch on the rear of the unit, which puts the camera in shooting, playback or video mode, sits just below the zoom buttons. There is plenty of room for your thumb to the left of the switch and this makes the Cyber-shot DSC-W180 comfortable to hold in a conventional fashion, and it means you won't be inadvertently pressing any settings buttons. The menu button sits just below the thumb position. You need to refer to the menu if you want to change the shooting mode. You can select from Auto, Program Auto and from one of seven scene modes.

We used the Sony Cyber-shot DSC-W180 in auto mode for most of our tests, as we think this is the way most people will use the camera. In this shooting mode, the camera produced pictures that were vibrant and well detailed. When scrutinised at the their full resolution, the pictures looked feathered and soft, so you won't want to crop them too close if you decide to edit them on your computer. When viewed at the native resolution of a 22in monitor (1680x1024), for example, the pictures looked very well defined. You'll get well defined prints up to A4 size.

Colours were a little on the rich side, but this isn't an overly bad thing as it made our photos look quite vibrant. The camera struggled a little when taking photos in bright sunlight: it slightly underexposed many of our shots. On a typical day, with some cloud cover, it produced well-balanced colours and brightness. 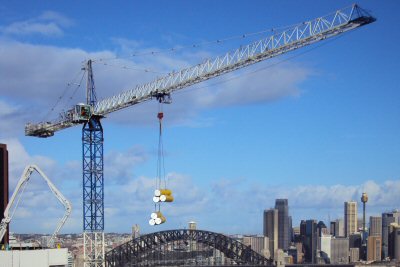 Blue skies, in particular, came out vibrant and images had plenty of contrast.

For close-ups, the Cyber-shot DSC-W180's macro mode is very useful. You can't focus closer than 5cm from your subject as, which is a slight drawback; 5cm is still nice and close and you will end up with a narrow depth of field and a nicely blurred background. 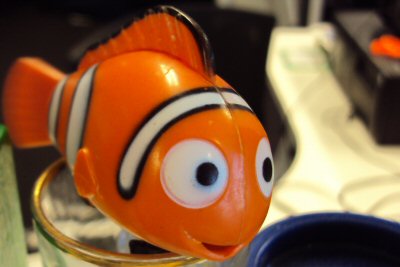 In low-light conditions the camera will use a slow shutter speed, but the built-in image stabilisation helps. We took relatively clear photos even at a shutter speed of 1/8th of a second. The Program Auto mode allows you to bump up the ISO speed, but not by much — it only goes up to ISO 400. Pictures become more feathered at ISO 400. This is very noticeable when you view your photos at their full size.

Shot-to-shot speed isn't a highlight of the Cyber-shot DSC-W180, as it takes a couple of seconds to process each shot before letting you take the next shot. This can be frustrating. It takes approximately three seconds for the camera to be ready to shoot from the moment you switch it on.

The focusing performance of the camera was a little off in dark conditions, but it was fast and accurate when there was plenty of light. More often that not, it focused on the object we intended and not a background object. It also has face detection and a smile shutter. It detects faces with ease, but the sensitivity of its smile shutter often confused frowns for smiles. (You can adjust the smile shutter, however.) 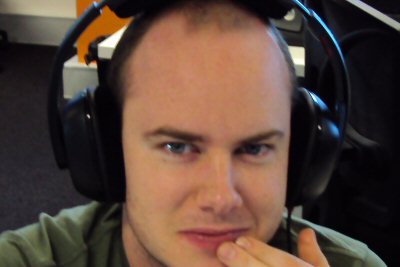 The smile shutter mistook this for a smile.

At $279, the Sony Cyber-shot DSC-W180 is good value if you want a small camera that can take vibrant photos with reasonably good clarity. Just don't buy this camera thinking it will give you super-crisp photos that you can print at A3 size. The main disadvantage of this camera is that it uses Memory Stick Duo storage instead of a more common SD card.