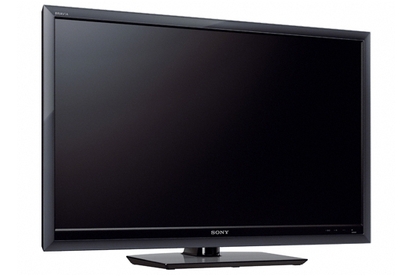 We'd go so far as to say that the Sony Bravia KDL52Z5500 is the current pinnacle of (non-LED) LCD television technology. Good, natural-looking motion smoothing and a vibrant colour palette make for a television that's very enjoyable to watch.

The Sony Bravia KDL52Z5500 is a 52in LCD television with a 200Hz refresh rate. It’s the successor to the Bravia KDL52Z4500, with a new video processor and improved multimedia playback. The TV gives you a lot of control over motion control and picture quality, and its media streaming and minimalist design make it a great all-round LCD television.

It’s not as striking as Sony’s Bravia KDL40E4500 or Bravia KDL40ZX1, but the Bravia KDL52Z5500’s dark, thin bezel and rectangular base make for an LCD television that looks attractive and expensive. The Bravia KDL52Z5500’s buttons are mounted on the right side, hidden away from prying eyes and children’s roving fingers. Four HDMI ports on the rear are joined by VGA, component and composite analog inputs.

The TVs in the Sony Bravia Z5500 series have a higher quoted dynamic contrast ratio than their predecessors. At 100,000:1 it’s very respectable for a CCFL-backlit LCD television, even though its rating doesn’t come close to the million-plus numbers bandied around by manufacturers of LED-backlit TVs (Sony included). The end result is a respectable ability to display high-contrast video footage. There was only the smallest amount of black crush visible in the high-contrast scenes during the introduction of The Dark Knight.

Colours are a strong point of the Sony Bravia KDL52Z5500. Even the muted film tones of Pearl Harbor shone vibrantly. Colours seemed accurate and realistic during our testing, and you can adjust them through the on-screen display menus.

Motion handling is something the Bravia KDL52Z5500 LCD TV handles well thanks to Sony’s 200Hz frame creation system. Its predecessor was the first LCD on the market with 200Hz support. Motion is smooth without being unrealistic. The inclusion of several increments is useful: you can tune the picture to suit your tastes.

We were also impressed by the Sony Bravia KDL52Z5500’s speakers. The two 10W speakers are admittedly underpowered when it comes to getting the best out of Blu-ray movies, but when using Clear Voice sound mode we found them adequate for broadcast television. Don’t rely on the speakers too heavily for music, though — they have very little bass extension and lack overall clarity when using the Music surround sound preset.

With an Ethernet connection and a USB host port, the Bravia KDL52Z5500 is also capable when it comes to multimedia playback. As well as the usual JPEG and MP3 file support, the television can stream MPEG2 and AVCHD video files. We would have liked to see a wider range of formats supported including DivX, but this is usually the realm of dedicated media streamers.

Sony’s Bravia KDL52Z5500 is a good all-round LCD television. Its CCFL backlight means it may not be as technologically advanced as Samsung’s LED TV models, but the implementation of MotionFlow 200Hz and its vibrant image quality make the package just as pleasing.