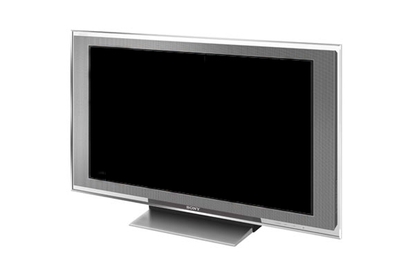 Good looks, good audio and excellent connection options do not make up for the below average image quality, especially at this price point.

The 46in Sony Bravia KDL46X2000 LCD television offers the promise of superior quality images at a native 1080p resolution, but in testing this promise was quickly broken. The Bravia X has image quality problems when running in High Definition 1080p, 1080i and 720p and Standard Definition 576i. While the unit has excellent audio, looks good, has a wide array of connections, and runs beautifully when connected to a PC via D-Sub, this isn't enough to make up for the image quality problems.

To test the 1080p capabilities of the panel we ran gaming tests using the PlayStation 3 video game console and Blu-ray movie tests using the Panasonic DMP-BD10 Blu-ray player - both via HDMI. Unlike the Samsung LA46F71BX, 1080p content will not display when connected via a Component connection and is only supported via HDMI. For Xbox 360 users hoping to take advantage of the recent dashboard upgrade to support 1080p content, this television will not meet their needs as the Xbox 360 does not support HDMI.

On the Playstation 3 we used Ridge Racer 7 and Marvel Ultimate Alliance both of which displayed image quality issues. We noticed a strange, almost superimposed, lattice of pixels which appeared static no matter what was happening on screen. We thought it may have been a cable problem but even with a different HDMI cable, the issue persisted. We tested the PlayStation 3 on another 1080p capable television and this problem did not exist, suggesting it was definitely being produced by the Bravia. All textures within the games we played exhibited this lattice effect and it was not only noticeable but also distracting. However, this was not the only problem in the gaming tests. There was also a minor amount of image noise and a lack of detail on edges which caused noticeable pixilation, especially along curves. There was also over-sharpening on text and edges as well which could be reduced but not removed via calibration.

For the Blu-ray test we played the film Into the Blue which is an excellent test disc due to its high quality transfer and the high detail in the underwater sequences. The lattice was still present but was barely noticeable due to the ever changing images of the movie. However, there was excessive image noise and pixel fluctuation, minor pixilation, over-sharpening and contrast stepping. There were even periods where dark areas would have a green hue. Again, we wanted to be absolutely sure that these problems were being produced by the Bravia so we tested the same set up with the Hitachi 42PDP960DTA at 1080p and the Samsung PS50Q7HD at 1080i. Both did not have these issues suggesting that the Bravia was definitely the cause.

For 1080p content, the Bravia KDL46X2000 is sub-par when compared to other 1080p panels currently on the market. The image is reasonable, and less discerning viewers may be happy with it, but for the price of this unit, we expected a much higher level of image quality.

Since this panel has a native resolution of 1920 x 1080 pixels, we decided to focus our testing on 1080i resolution and the results were still disappointing. We also ran the same tests at 720p to check for any differences in test results but both HD formats showed the same aberrations.

For the gaming tests we played Tony Hawk's Project 8 and Tom Clancy's Ghost Recon Advanced Warfighter. The most noticeable problem was pixilation on curved edges and diagonal lines as well as some over-sharpening artefacts that could not be removed via calibration. There wasn't any noise in the image but there were some dark block artefacts on the colour red. Otherwise the colour reproduction was quite accurate with deep blacks and pure whites.

We ran the HD video performance tests in 720p as our test footage had been authored in that format. The same issues we had with the HD gaming tests were evident here as well with the added problem of image noise as well. However, this noise looked akin to film grain and wasn't much of a problem. The pixilation and over sharpening was present in the HD video tests but it wasn't nearly as bad as seen previously. While these results were a marked improvement on the 1080p performance they were still below-par when compared to similar panels on the market.

In Standard Definition, the Bravia was fairly poor. However, this section of the review should be prefaced with a disclaimer; we have not yet seen a 1080p panel that can display Standard Definition well. The reason for this is that when displaying a Standard Definition 576i image on a 1080p panel, the video processors within the unit have to create approximately 1.4 million pixels that are not present in the original source material. The chances of every single pixel accurately reflecting the original content are very slim and as such the problems we found with the image were bound to happen.

We tested the Standard Definition performance using our Philips CE2006 Demo DVD, the Digital Video Essentials DVD and the lobby scene from The Matrix. The Philips test showed a minor amount of motion jitter and a little motion blur during the video tests and noise and pixel fluctuations in the contrast tests. There were some over-sharpening artefacts it the sharpness tests which could not be removed via calibration. Thankfully, the colour tests were handled well and there was no discolouration or over saturation. The Digital Video Essentials tests showed a slight amount of noise in low gray which extended across all colours in the colour block tests. There was also noise in the SMPTE colour bar and greyscale tests but blacks were excellent and there was no discolouration or stepping in the contrast test.

The lobby scene from The Matrix was difficult to watch. There was excessive noise, undue grain and constantly fluctuating pixels throughout the entire image, some minor pixilation on fine details and edges, and magenta discolouration on block surface textures. There was also over-sharpening on edges but no stepping on skin tones or contrast gradients.

These results would be appalling if this were a native 720p panel but given the gargantuan task of up scaling SD footage to 1080p, we are willing to be a little more forgiving. Besides, most people who would buy this panel are buying it with Blu-ray or other 1080p devices in mind, so SD performance isn't as important and didn't really factor too highly in our score.

Surprisingly however, the performance when connected to a PC was exceptional. Under the D-Sub connection the maximum possible resolution we could obtain was 1360 x 768. The desktop was flawless, with excellent clarity and both icons and text were perfect with no over saturation or lack of detail. We ran DisplayMate Video Edition and found only a handful of small problems which, on the whole, didn't impact on the image quality. The first thing we noticed in the geometry and distortion tests was that the very left of the screen was slightly cropped but only by mere millimetres. The sharpness and resolution tests showed vertical pixel fluctuation, most likely caused during interpolation. There was no streaking or discolouration in the colour and greyscale tests and no stepping along the grey intensity ramp. The only real problems we found were in the moire test patterns and diagonal focus matrix where the pixel fluctuation was a little more overt. However, none of these issues posed any significant problems.

The KDL46X2000 has two TV tuners built in, one for HD digital television and one for analogue. Both do their respective jobs well, but the quality of the image in the TV mode is subject to the same over pixilation and noise that the 1080p,1080i and 720p tests showed.

Thankfully, we have nothing negative to say when it comes to the speakers. They can belt out high volumes well without any distortion and only a slight loss of definition in the high treble registers.

The final point we will make is with reference to design. This is one area that Sony has gotten very right. The new design is unique with a clear plastic border around the silver bezel (the floating glass design) and an illuminated SONY logo at the bottom. Not only is this particular model massive but it is also quite attractive at the same time and possesses a sophisticated aesthetic. The rear of the panel has an excellent range of connection options including two HDMI, two Component, three Composite, one S-Video, a VGA D-Sub connector and the dual tuners. There is also one of each of Component, Composite and S-Video on the right hand side of the unit, rounding out a list of connections which is far superior to most panels.

It is a real shame that we have to score the Sony Bravia KDL46X2000 so low, but the test results speak for themselves. At this price point and with weaknesses in the image quality, we find it very hard to recommend this unit, especially in comparison to other 1080p options on the market.