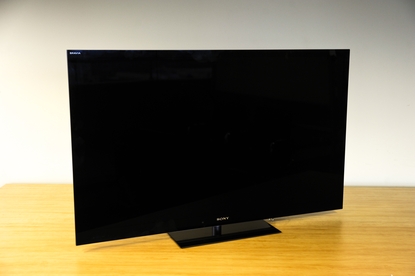 The Sony BRAVIA HX925 is Sony's top TV, and as you'd expect it's crammed full of class-leading features. We can't fault its picture quality when displaying 1080p high definition video, and it also does a reasonably good job of upscaling DVD content. The internal TV tuner is OK but external options offer better quality. We think its design is great, but the stand is slightly unsteady and the screen is painfully glossy.

If you can get it in an environment where its glossy finish isn’t going to be a problem, the Sony BRAVIA KDL-55HX925 is an excellent performer with high levels of detail displayed from 1080p high definition video. It also does a good job of retaining detail in lower-quality DVD sources, but digital TV tended to look a little noisy in our testing. Like the HX820, the Sony HX925 has massively improved 3D performance over last years’ models.

For the majority of our testing we had the HX925 connected to a Sony BDP-S480 Blu-ray player, playing both 2D and 3D Blu-ray movies and the occasional DVD. While this combo is a little redundant (both devices can access BRAVIA Internet Video) it offered excellent picture quality with detail levels that were equal to the impressive Samsung Series 8 LED TV — fine details like the threads in fabric and pores in skin were easily visible when we ran through our test discs of Terminator: Salvation and The Dark Knight.

The screen is also able to display bright whites alongside reasonably deep blacks, a trait afforded by its local-dimming Intelligent Peak LED backlight. This backlight can alter the brightness in a number of different screen segments through an intricate network of lighting conduits, letting one area of the screen remain dark while others are fully lit. This is what you’re paying a premium for over the Sony BRAVIA HX820, which can’t alter the brightness in different areas of the screen.

The HX925 performed well in the difficult opening scenes of The Dark Knight — pin-pricks of white light against deep blacks — where LCDs usually struggle. There is some bloom where bright whites directly contrast against black areas of the screen, but if you’re watching in a dark room and can lower screen brightness this isn’t a problem.

The internal TV tuner in the Sony BRAVIA KDL-55HX925 is of reasonably good quality — it changes channels quickly and doesn’t have any faults with its reception — but we found using the external TV tuner in the TiVo HD offered cleaner video and the obvious benefit of allowing recordings to be saved. We’d actually say that the HX925 offers a better electronic program guide, though, in the distinctive and easy-to-comprehend XMB interface Sony has used since the PlayStation 3.

The picture of the Sony BRAVIA KDL-55HX925 is generally very impressive, as are the TV’s wide range of built-in features. If you’re looking for a high quality television this is definitely one to consider — with the caveat that its screen glossiness can be a serious impediment in the wrong room conditions.