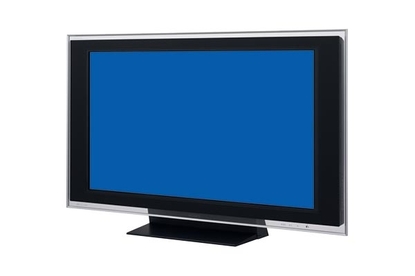 Sony's Bravia KDL-52X3100 is a fantastic high-definition television, capable of delivering some incredibly rich and stunning images. It does have one or two slight flaws, but its overall performance is excellent.

The Sony Bravia KDL-52X3100 is the 52-inch model in Sony's X series Bravia LCD displays -- second only to the XBR series. A 1080p panel, the X3100 is a high quality display, perfectly suited to high-definition playback. It does suffer slightly from some scaling issues, but on the whole is capable of producing incredibly rich and vibrant images.

We tested the television's high definition capability with a variety of Blu-ray and HD-DVD movies, and were impressed with the results. Images were bright, with intense and vivid colours. Black levels were deep, although we notice some slight contrast problems. Unfortunately the lack of an adjustable contrast bar prevented us from remedying this, and we had to rely on adjusting the settings (between off, low, medium and high) on the unit's in-built contrast mode. Nevertheless, high-definition content played back incredibly smoothly, with impeccable detail and no ghosting to be seen.

One of the TV's most interesting features is the Motionflow 100Hz technology that it employs, which effectively doubles the frames shown per second to create a much smoother and more lifelike image. The effects are certainly noticeable, and although it may take some getting used to, it's very well suited to action movies, creating a much better flow in fast moving scenes. We did notice that in some scenes in certain movies, particularly those that are intentionally jarring or disjointed, the technology actually made us feel slightly uneasy, although in such cases it is easily disabled.

We especially loved the Motionflow technology in our gaming tests, where it helped to blend the action together into a smoother, more seamless sequence. Again, however, there were some slight contrast issues in darker areas, although otherwise the X3100's gaming performance is very hard to fault.

As a 1080p display, we were a little unsure what to expect in terms of standard-definition performance. Standard definition is difficult to display on high-definition screens, due to the amount of scaling. Still, some of the newer models manage to handle it very well, and we're pleased to say that the X3100 is one of them. We did notice some pixelation at times, but none of the more serious interpolation artefacts that we've seen on other displays.

We rounded off our tests by connecting a PC to the X3100 via HDMI. Apart from some pixelataion on text and over-sharpening issues (which we were able to remedy by lowering the sharpness setting), the TV performed well in this regard.

A glass bezel dominates the X3100's design, similar to the XBR series, although the colouring is piano black as opposed to grey. Connections on the back are well situated and easy to access, and include three HDMI ports. We enjoyed the in-built speakers, although we had to raise the bass a little to reach a level that suited our tastes.

Finally, the X3100 comes with quite an extensive on-screen interface, replete with a large range of customisation options. These options, although they may confuse some users, do go a long way towards allowing you to improve the image quality based upon the viewing environment.

The KDL-52X3100 is a fantastic LCD television. Its incredible colours, smooth motion and stunning detail make it a fantastic choice for any user looking for a big, bright display. Some contrast and scaling issues are present, but these are fairly minor. Overall it's a very powerful display that excels with high-definition content and fast-paced action.