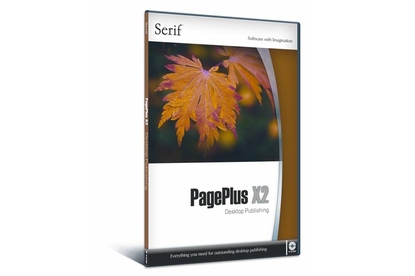 Vista support is reason enough for those with the OS installed to take advantage of the new interface features and PDF production, although the shift to professional-level support was apparent in PagePlus 11.0. PagePlus can't take on InDesign, but it's a strong competitor to Publisher.

Serif's PagePlus has grown up over the past few years, moving away from its cheap and cheerful roots to provide a semi-professional alternative to products such as those offered by Adobe. Its real market is not the designers who will stay faithful to Quark XPress and InDesign, but rather the business professionals who want to produce slick-looking documents yet baulk at the cost of high-end applications.

The previous version of PagePlus introduced support for InDesign PDFs, which meant documents could be shared with professional design companies. New in PagePlus X2 is the ability to create PDF slideshows. While this is a much less important step forward than cross-Adobe support, it could prove useful for presentations.

PagePlus provides Vista support - important here for PDF publishing, as well as scalable previews of documents - and the intuitive interface has been improved. Dynamic sliding tabs hide elements such as fonts and the Media Bar, from which you can search and organise graphics. Other additions, such as the calendar and several new templates, are aimed at occasional DTP users. Meanwhile, ease of use is aided by the multitude of wizards that have always been a strong feature of PagePlus.

Some additions are polished and very welcome. The ability to easily modify drop shadows in documents via the Shadow Tool is extremely useful, as are the modifications to the text tools and the enhanced Trimmed Preview - which displays pages exactly as they will be printed. Adjustments to Sticky Guides, which allows the movement of page guides without shifting attached objects, is a small but useful improvement.