Seagate Backup Plus drives can be used to backup photos from sites such as Facebook and Flickr, as well as all your local data 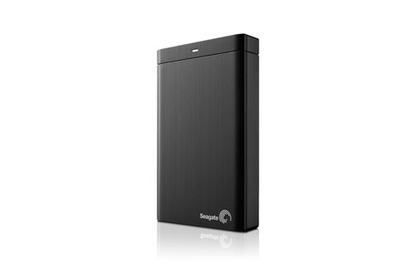 Seagate Backup Plus portable, desktop and slim drives can be used not only to backup local files from your computers, they can also be used to keep backups of photos that you upload to Facebook and other media sharing sites.

Seagate has just announced a new range of external hard drives, called Backup Plus, which put a major focus backing up all of your data, not just what's on your home computers. They are designed to make the backup process automatic and they also aim to make it easy to backup photos that are uploaded to social networking and image sharing sites.

In particular, the new drives can automatically detect when new photos are uploaded to Facebook and other media sharing sites such as Flickr — the drive will grab a copy of those files to store them on the local drive, all you have to do is enter your account details for those sites so that the Backup Plus' software can access them.

Seagate says that many people upload photos to Web sites directly from their phone, without even giving a thought about keeping a local copy. The new drive is designed to make it easier to backup those files for safekeeping in case they are accidentally deleted or lost from the phone or the site to which they were uploaded. When the Seagate drive recognises that new photos have been added to your account, it will grab a copy to store them locally — note that it will not grab photos that you are tagged in, only photos that you have uploaded yourself to your account. Conversely, the drive can also aid in the sharing of media to sites like Facebook: it allows for multiple files to be uploaded in one hit, with comments added, too.

As well as continually backing up files that you upload to Web sites, the drive can continuously backup local files, too, and it can store incremental copies of files with a very easy restore processes that includes a timeline. If automatic, continuous backups aren't desired for local files, then scheduled backups can be implemented. All this can be achieved through the supplied Dashboard software. The restoration of files can be accomplished through a tree directory interface and looks to be quite simple to use. Files that are backed up from Facebook and other sites will appear in a folder called My Online Documents. 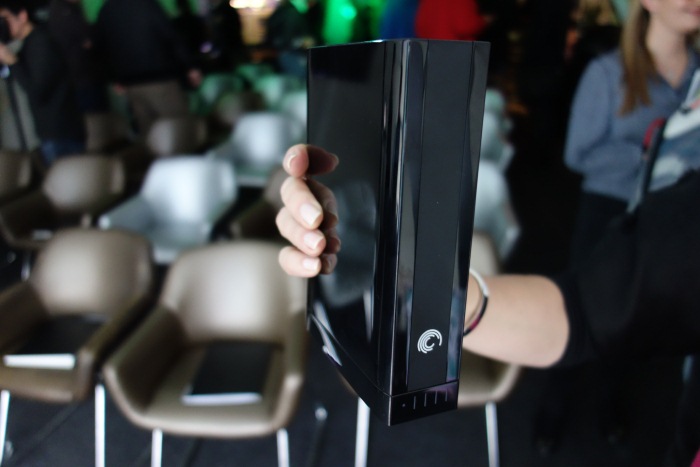 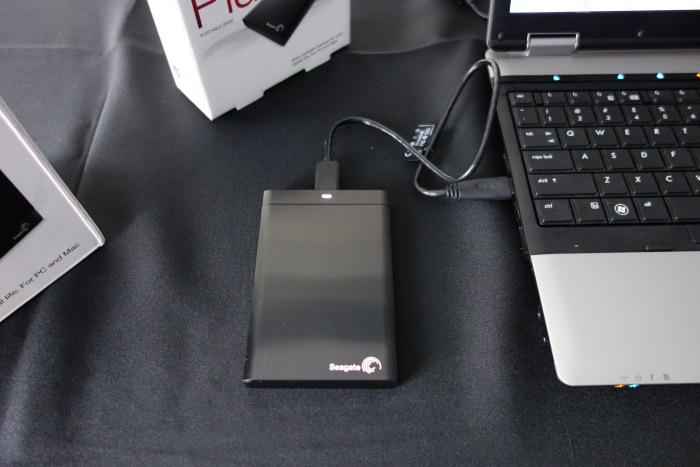 The portable drive in action. 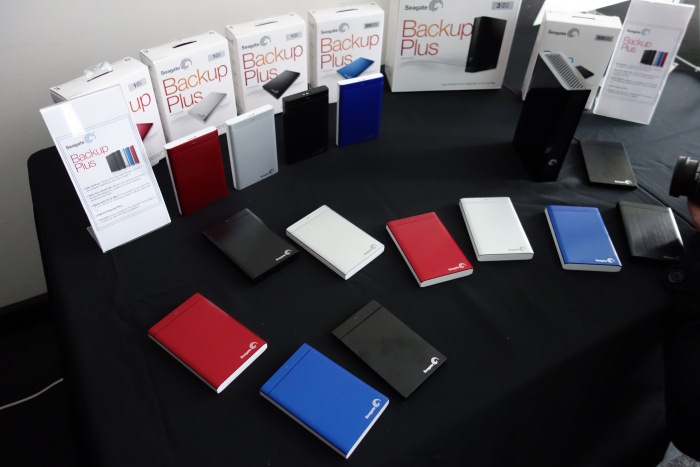 The Backup Plus Desk drive is USB 3.0, but the Portable and Slim drives are available with adapters that can facilitate USB 3.0, Lightning Bolt or FireWire connections. Different colour portable drives are available and, in what we think is a nice touch, the Dashboard software can detect the colour of the drive that is connected. This is for more than just looks though. Because multiple drives are supported by the Dashboard software, it can be a good way to know which drive is plugged in and being used to backup files.

Both Apple and Windows computers are supported by the drives, and Seagate supplies a driver that can allow Apple's OS to read and write to NTFS partitions — it's pre-loaded on the drive. Seagate says users can set up the drive initially to be used either on a Mac only, or on both types of systems (Mac OS X 10.6 or higher, and Windows XP SP3 or higher), which means that users with both Mac OS and Windows systems in their home or office can be well served by just one drive.