We like Samsung's innovative addition of a second screen to the ST550, but this digital camera could be improved. Its battery life is poor, the menu system needs more information, and it could use some more manual controls. However, it can take some good photos and it performs adequately in dim lighting.

Samsung's ST550 is the first compact digital camera on the market to feature two LCD screens. It's squarely aimed at the MySpace/Facebook/Twitter crowd, who tend to create interesting self-portraits for profile pictures. The quality of photos taken with the camera are good enough for use on these sites; it's not a camera that's meant to take stunning photos, but merely ones that are good.

The Samsung ST550's second LCD screen is postage-stamp sized and sits on the front of the camera next to the lens. You can't see it when it's not switched on: it blends in with the camera's black body. To enable the screen while the camera is switched on, all you have to do is tap it. Its main purpose is to make it easier for lone travellers or couples to compose self-portraits, but it can also be used as an indicator to inform your subjects when the photo is about to be taken (via a smiley face) or when the timer is about to go off (via a three second countdown). A children’s mode displays images of a clown on the screen in a bid to make babies smile as you try to take their picture.

From left to right: The smiley face that tells your subjects the shot is about to be taken; the timer countdown function; the clown face that's designed to make babies smile (but which may give them a permanent case of coulrophobia).

However, the screen isn't bright enough to be used effectively in all outdoor situations. On especially bright days, you might just be able to make out the shapes on the screen and frame your shots properly.

When the screen is enabled, it will detect faces automatically and use the smile shutter. It will take a picture the moment it recognises a smile, which can be frustrating as it will often take photos while you are still setting up a shot.

Overall, it's safe to say that with a little trial and error you can get similar self-portrait results on a normal camera that doesn't have a forward-facing screen. For all Samsung's good intentions, we think the second screen is more of a gimmick than a practical feature; it might mean that you are inclined to take more self-portraits than usual.

While we appreciate the innovation, this is not a well thought out camera when it comes to user friendliness. Automatic smile shutter notwithstanding, the first thing that's annoying is the lack of a separate charger for the battery. To charge the battery, you must leave it in the camera and plug in the supplied AC adapter. The AC adapter itself is poorly designed: its cable juts off towards the side, rather than towards the bottom, which means that adjacent power sockets will be unusable. But the biggest drawback is that you can't charge a second battery while still using the camera.

Because of the camera's thirst for power, you'll definitely need a spare battery; especially if you are planning a day trip to the zoo, for example. With the second screen enabled, the camera's battery lasted just over a couple of hours — the equivalent of around 100 shots and two short videos. Most compact cameras can take 2.5 times as many shots on one charge. The worst part is that the battery indicator is very erratic. It can go from displaying a full charge to an empty battery in less then 20 shots and then go back up to showing a half-full battery. Take a few more shots and it will then show one bar of battery power remaining. It’s disconcerting, especially when you leave the house knowing you’ve got a fully charged battery.

The menu system is also inadequate. It lacks labels, which means that it's hard to know what certain settings mean. Unless you refer to the manual, it is a process of trial and error to figure out what some of the menu icons stand for. What's also annoying is the way the menu works. Selecting a setting does not issue a prompt, but instead enables the option immediately. Because the camera uses a touch screen, it's easy to select the wrong setting by mistake; when this happens, you have to navigate all the way back to where you were in order to change it. A simple 'yes or no' when making a change would eliminate this issue.

Thankfully the touch screen is responsive and accurate. It also makes use of haptic technology, which means that you feel a little vibration every time you select something on the screen. Gestures are recognised by the screen, and this means that you can delete photos by crossing the screen, and navigate from photo to photo by flicking left or right. You can also browse photos by moving the camera slightly towards one side. This feature can be annoying if you are trying to show your friend some photos, as the camera will perceive the motion as you wanting to view the next or previous photo. 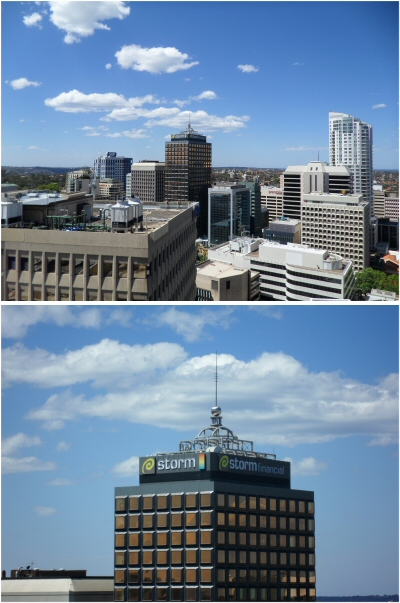 The wide angle helps when taking self-portraits, but at this angle the lens distorts greatly. It makes objects look a little more stretched that they should. The lens also produces some noticeable chromatic aberration in high-contrast areas. We also noticed that while pictures were clear, they tended to look too soft. 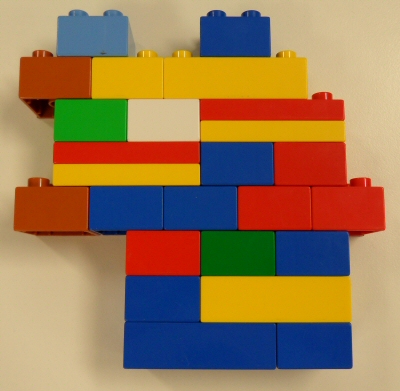 Colours are captured reasonably well, although they do look a little too dark. Flash photography can cause headaches, as exposures and inaccurate white balance will produce washed-out colours and even darker tones.

Because the camera only has automatic and scene modes, you can't change the aperture or shutter values yourself. The only settings you can change are the ISO speed, focus mode, white balance and exposure compensation when the camera is in program mode.

When shooting in dim lighting, such as snapping photos during a museum visit, the camera will select the exposure values on its own, and it will do a good job. 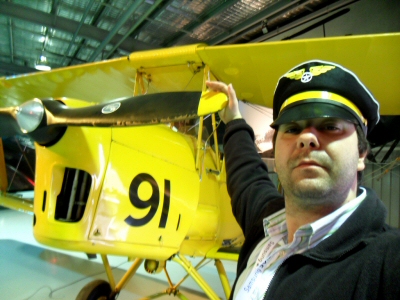 Despite the camera being held in the air during this shot, the photo is not overly blurry and it will look good unless you view it at its native resolution or crop it too closely. It was taken while on a visit to the Temora Aviation Museum that was organised by Samsung.

The picture above was taken with a shutter speed of 1/13th and an ISO of 320. There is some slight blur, but considering the shot was taken with one arm holding the camera up in the air, we think the clarity of the photo is commendable. No doubt the built-in optical image stabilisation helped.

We like the built-in black and white mode, which can be enabled by selecting the 'CL' option in the Photo Style menu when in program mode. 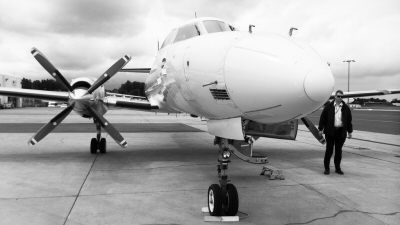 Leave colours behind when you enter 'classic' mode (a.k.a. black and white). The picture is of a Fairchild SA-227DC Metro 23 aircraft used by Rex airlines.

Despite its reasonably good image quality, the Samsung ST550 could still use some refinement. The menu system needs to be more user-friendly and the battery life and charging options need vast improvement. We're also not convinced that the majority of people who want to take self-portraits will need a second screen, but we applaud the innovation.