Samsung's Series 9 (UA55C9000) 3D LED television is a very expensive proposition, with no change left over from $10,000. It is very stylish and well built, it has good picture quality and packs plenty of included features. It's not perfect -- the touchscreen remote control is a disappointment, and it doesn't have the best picture quality we've seen from an LED TV -- and the price tag is several thousand dollars too high, but overall it's an impressive product.

Given the television’s uber-thin design and fashion-before-function ethos, we were worried about the Samsung Series 9 (UA55C9000)’s ability to display a good quality picture with acceptable contrast and clarity. Thankfully the panel acquits itself well. It doesn’t have the absolute best picture quality of any television we’ve seen this year — for that, we’d look at contenders like the Samsung Series 7 (PS50C7000) plasma or Sony Bravia KDL-46HX800 LED TV — but it achieves good contrast and black levels and has excellent image processing that results in good sharpness and scaling quality.

When we ran The Dark Knight on Blu-ray through the Samsung Series 9 (UA55C9000), the television performed well in the movie’s early high-contrast scenes. Black levels were good although not as deep as plasma, and we were pleased with the amount of detail visible in on-screen highlights. For high quality, high resolution content the Samsung Series 9 (UA55C9000) is a very good performer. The same can be said of its scaling of lower resolution content — broadcast digital television and DVD video is smoothly upscaled without introducing jagged artefacts or destroying detail. 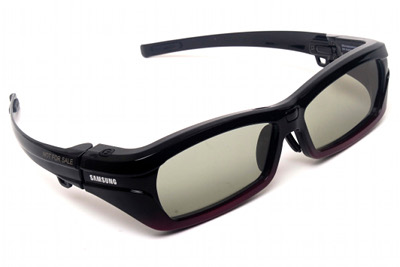 When adjusted for our test room’s lighting conditions, the Samsung Series 9 (UA55C9000) didn’t exhibit any uneven backlight cloudiness or light bloom — an impressive achievement for an edge-lit LED television. If you raise backlight levels and brightness to maximum it is visible, but unless you’re viewing the television in a sunlit room this isn’t necessary.

Like every 3D television of this generation, the Samsung Series 9 (UA55C9000) isn’t flawless when it comes to displaying stereoscopic content. We tested Coraline and Cloudy with a Chance of Meatballs and found a small amount of stereo crosstalk (indistinct double edges on 3D objects on-screen) and occasional breakup on moving objects against a static background. The Series 9 (UA55C9000) is one of the stronger performers we’ve seen when it comes to 3D content, but we wouldn’t purchase it purely on its 3D credentials — but the same can be said of any 2010 television whether plasma or LED.

Samsung makes an annual sustainability report available on its Web site. According to the company, "We have designated economic, environmental, and social responsibilities as the key elements of our sustainable management." 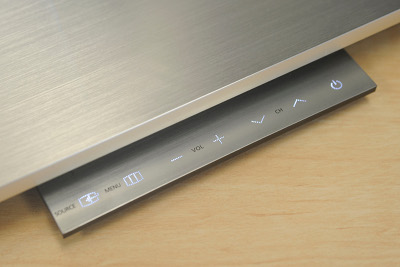 The Samsung Series 9 (UA55C9000) is a very expensive television. Even though it’s packed full of features and is seriously sexy, we’d struggle to justify its five figure price tag. With price out of the equation, it’s a very impressive performer with an excellent compromise of industrial design, style, visual performance and technology.