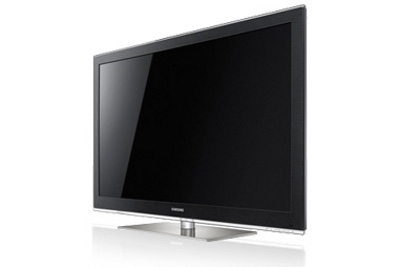 The Samsung Series 7 (PS50C7000) plasma is very nearly the best television we've tested. It's got an excellent design and generally great picture quality, only falling short in overall black levels. 3D is handled well but there are still a few aberrations; it is fine for occasional casual viewing. The Series 7 (PS50C7000) does a great job on Internet connectivity as well, making it an excellent all-round performer we'd happily recommend.

The 50in Samsung PS50C7000 3D plasma TV has excellent picture quality and is well designed and constructed, and it offers a swathe of interactive Internet features. Best of all, it is cheaper than the Samsung Series 7 LED television; it's relatively affordable considering its feature set.

The Samsung PS50C7000 is at the forefront of a new wave of plasma television design, joining the LG 50PK750 and Panasonic TH-P54Z1A in offering a chassis that's nearly as thin as an LED television. Sure, it's not as svelte as the Samsung Series 9 LED or the Sony XEL-1 OLED, but it's also a hell of a lot cheaper.

The bezel is finished in a very modern combination of translucent plastic and brushed dark aluminium, while the stand uses a cylindrical plastic column and a rectangular brushed metal base. Connecting the two is a relatively simple process if you've got an assistant — two sets of screws and a hook-in system hold the set securely, but the set up process can be a bit dicey if you don't have someone to position the panel against the stand while you're inserting screws. The stand also swivels with a 40 degree range of motion, which is a welcome inclusion.

More than enough audio/video connectors are built in to the Samsung PS50C7000's rear and side panels. Four HDMI 1.4 connectors support 3D and audio return (for relaying audio to a receiver through an 'input' HDMI cable, instead of requiring an additional digital audio output), while component and composite connectors are supported via bundled break-out cables. You also get Ethernet, DVI, VGA and a few extra audio inputs and outputs.

Controlling the whole show is the same excellent brushed aluminium remote control that came with the Samsung Series 7 LED television. The same iPhone-style Internet application interface seen on the Series 7 LED is used on the PS50C7000 — you can download a wide range of programs like Facebook, Twitter and Google Maps and run them on-screen. There's not much in the way of video-on-demand apart from YouTube, but the apps are a novelty and might be useful for a bored viewer.

It's no secret that we prefer plasma over LED when it comes to outright picture quality, and the Samsung Series 7 (PS50C7000) just reinforces that. One area where the Samsung Series 7 (PS50C7000) plasma excels is when viewing content at extreme off-axis angles — it simply doesn't wash out at all when viewed on a horizontal angle. Vertical viewing, at least in the range of viewing you'd expect with the panel mounted on a wall or on a low entertainment unit, is similarly excellent.

Black levels are almost the only complaint we have about the Samsung Series 7 (PS50C7000)'s picture quality. They're good, but not great — in the opening sequence of The Dark Knight Blu-ray we noticed a few gradient details missing in darker areas of the screen. Even in the default Cinema mode the sharpness and vibrancy of the plasma panel are excellent, with on-screen video having a smooth and well-saturated tone.

2D playback is great, and 3D video is slightly better than the implementation we saw on the Samsung Series 7 LED television. There's less edge-blurring cross-talk (although a small amount is still visible), and the created sense of depth is impressive. For our thoughts on Samsung's current 3D implementation, check out the Series 7 LED review — all our comments hold true for the plasma as well. Just like on the LED model, Samsung also includes a 2D-to-3D mode that stretches the usefulness of the feature — you can watch the news and Two and a Half Men in 3D.

The Samsung Series 7 (PS50C7000) makes a solid attempt at combining the outright picture quality of a high-end plasma like the Panasonic TH-P50VT20A with the excellent style and design that we've come to expect from Samsung. It has only a few minor flaws — which is an impressive achievement given its $2499 price tag.

Samsung makes an annual sustainability report available on its Web site. According to the company, "We have designated economic, environmental, and social responsibilities as the key elements of our sustainable management."