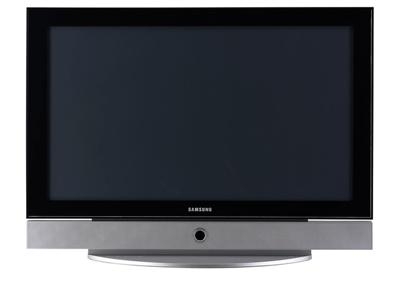 One of the best options for consumers looking for a high quality image and large display size.

Controversy rages in the consumer market about the merits of buying an LCD or a plasma television. The general consensus seems to be for cosumers to sit back patiently and wait for LCDs to become cheaper. Although this may prove to be a wise decision in the long term, some buyers are in the market for a display today, and at this moment plasma still seems the best option for quality images at screen sizes of 42" or larger. In fact, there are still a couple of plasma's that will give future LCDs a run for their money, one of which is the Samsung PS42S5H.

Firstly,, the design of the display is simple and doesn't distract from the display panel. We have reviewed quite a few displays which come in tacky shiny silver enclosures, and luckily this is not the case with the PS42S5H. The speakers are located at the bottom of the display, and offer two 15 watt stereo outputs. Video/Audio input is located at the back and includes 2 component inputs, HDMI and 2 S-Video inputs. This provides connections for up to 3 HD capable devices.

After configuring the display, (which was a rather simple task), the user interface was revealed to be intuitive and functional. We connected a variety of devices, including a HD capable set-top box and a DVD player to test out this unit. The display is capable of 720p pictures natively, as well as VGA input up to 1024 x 768. When using the panel as a computer monitor, we found the text was clear and crisp. Scaling has been avoided on this wide screen aspect monitor, by reducing the width of the image displayed. When viewing 4:3 sources, users will notice black borders on either side of the image. This can be stretched to full screen, which distorts the image, or the top and bottom can be cropped to fit full screen. This was not an issue when watching native 16:9 material, such as a DVD or standard definition or high definition TV broadcasts.

The image results were impressive. The colours were rendered very accurately, skin tones and colour gradients seemed very realistic and this lives up to the colour specification of 549 billion colours. The contrast ratio, once again, was also outstanding. We were able to distinguish landscapes in dark scenes, of which we had not seen in other LCD panels. Some earlier Samsung plasma's have been known to have noticeable video and audio sync problems but this 'lag' was not detected at all in the PS42S5H.

We only encountered a couple of minor disappointments with the television, and these included the video source swapping process and some noise reduction technology issues. When flipping through video sources, the TV is slightly unresponsive, and this can be quite annoying when trying to flip between a DVD player and a set-top box. Even though this a finicky complaint, we did not find this to be an issue at all with Samsung's LA32R51B, which seemed to use the same user interface.

Samsung have created an excellent plasma television, capable of rendering HD input with immaculate results. We experienced seamless colour renditions, impressive contrast ratio and a minimal and elegant design. The price is quite average for plasma displays, although we hope to see a drop in prices due to the popularity of LCDs, and this makes Samsung's display an even more viable choice.