Perhaps the best feature of Ice Cream Sandwich is the on-screen keyboard: it's the best we've ever used on an Android phone, with accurate word correction and an excellent layout. If you're coming from an iPhone, you should have no problems adjusting to the Galaxy Nexus, as the keyboard is easily on par with iOS.

The Browser on the Galaxy Nexus is also superb. It's the fastest browser we've ever used on a smartphone (yes, even slightly faster than the iPhone 4S). It's smooth to scroll and zoom and although it doesn't support Flash right now (that is coming in a future update from Adobe) it loaded most pages without an issue. Our only complaint is that when using the on screen keyboard to type in text fields, such as posting on a forum, the keyboard loses its auto correction abilities.

We love most of the changes that Google has made to Ice Cream Sandwich, but Face Unlock isn't one of them. Its largely a gimmick feature in the first place, but we found it a hit and miss affair. Sometimes it worked flawlessly, but other times the front facing camera was affected by a lack of light (especially if used it indoors) and didn't work. 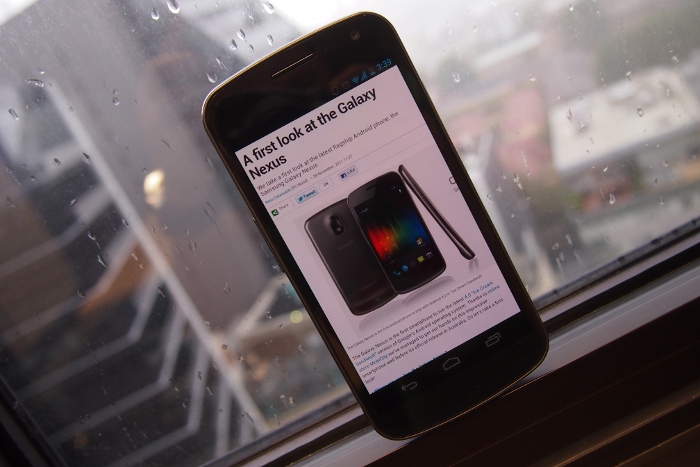 We also found an annoying issue in the new People app. The interface and layout is excellent but the images the app pulls from your contacts end up looking distorted and pixelated. Though its ultimately a minor issue, this takes some gloss of what should be a great looking feature. You can get around this by replacing your contact images with ones taken with the Galaxy Nexus' camera, but even then, the image inside the contact menu is blown up and looks blurry.

We also discovered some apps in the Android Market aren't compatible with the new Ice Cream Sandwich software. Some apps like Facebook will work but are missing the ability to access the options menu due to the on-screen keys replacing the hardware buttons. Others, like RemindMe don't work at all. This is an issue that will be resolved over time as developers update their apps to support Ice Cream Sandwich, but it remains a stumbling block for early adopters.

Galaxy Nexus: Camera and other features

The Samsung Galaxy Nexus has a 5-megapixel camera with single-LED flash that also doubles as a full HD 1080p video recorder. The best feature of the camera is its speed: it takes photos with virtually zero shutter lag. You can easily capture a whole heap of images in a matter of seconds, as the picture is taken the moment you press the on-screen shutter key. The Galaxy Nexus also has a 1.3-megapixel front facing camera will handle video calls and also record 720p HD video: a nifty addition for those who like to record themselves. 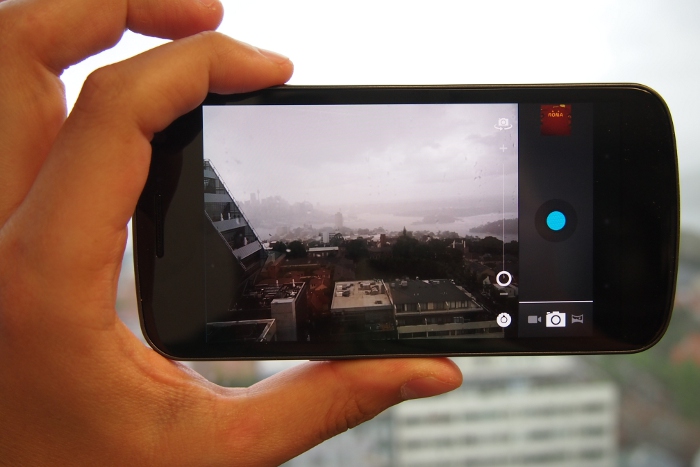 While we loved the fact that there is virtually zero shutter lag on the Galaxy Nexus, it often results in images that aren't well focused. The quality of images isn't as good as some other camera phones we've reviewed this year. The Galaxy Nexus is by no means a bad camera: in many instances it produces pretty natural looking photos, and macro performance is excellent. However, images tend to lack detail and have a fair bit of noise, and shots taken in low light aren't exposed very well.

Perhaps the most annoying aspect of the Galaxy Nexus is the volume of the external speaker: its not loud enough so ring tones and notification tones can be difficult to hear when the phone is in your pocket. We tried downloading an equaliser app from the Android Market to boost the volume but even with a slight boost this still remained a significant issue. We can only hope Samsung might be able to fix this with a software update, but its likely hardware that's the issue.

The Galaxy Nexus also lacks a microSD card slot, so you'll have to be content with the 16GB of internal memory. Samsung promised a 32GB model at launch, but as yet this model hasn't been released anywhere in the world, so it may not ever see the light of day. 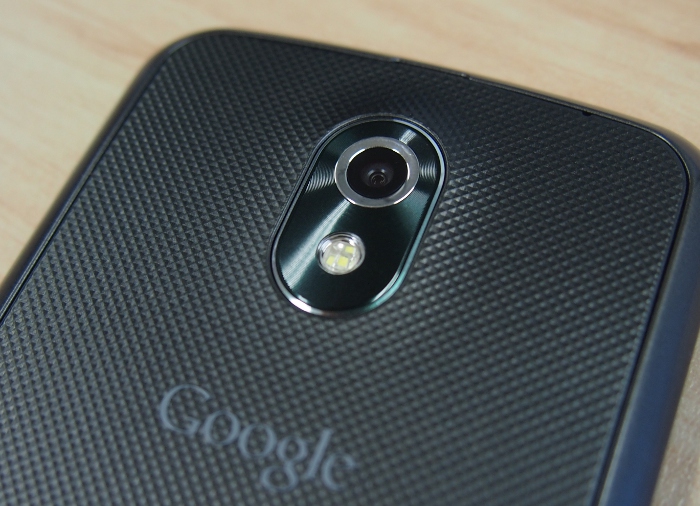 The Galaxy Nexus supports a wide range of video and music files and doesn't require software to get music and video files onto it. You can simply plug the Galaxy Nexus into a PC via a USB port and drag and drop files onto the device. On a Windows PC the Galaxy Nexus appears in the control panel as a "portable device", but on a Mac or Linux computer you will need to download the Android File Transfer application in order to move files to and from the phone.

The Galaxy Nexus has average battery life. For light users, it should last a full day, but heavy users will more than likely need an injection of power before the end of the day. The best we managed to squeeze out of the Galaxy Nexus was almost 19 and a half hours: this was on a day with light to moderate use.

The biggest battery killer on the Galaxy Nexus is the screen: it often accounted for over 50 per cent of battery life on a heavy day, and around 30 per cent on a light to moderate day. Unlike many other Android phones, using the Internet and synchronising applications in the background (like Gmail, Twitter and Facebook) doesn't seem to be a huge battery drain. A good example is the fact that the Browser accounted for less than 8 per cent of the battery drain in most instances.