An easy to use Samsung camera with manual features and an f/1.8 lens The Samsung EX1 has a fast f/1.8 lens and manual controls that make it a good choice for an enthusiast or professional photographer who wants a fully manual but small camera for casual shoots. It supplied great depth of field during our tests, and it can take vibrant looking photos. However it does have some problems with noise, even at low ISO speeds. Despite this, its asking price and excellent ease of use definitely make it a manual camera to consider.

Samsung's EX1 is a compact digital camera that caters to the needs of professionals and enthusiast photographers, yet it's not expensive. For $599, you get most of the manual features that can be found on a competent digital SLR camera, although the EX1's lens is fixed and it doesn't have a built-in optical viewfinder. It's a 10-megapixel camera with a 24-72mm, 3x zoom lens. It's very simple to use but its image quality can sometimes leave you frustrated.

The sensor in the EX1 isn't a big one; it's a 1/1.7in CCD sensor, which, for example, is about eight times smaller than the APS-C sized sensor that can be found in Samsung's interchangeable lens camera, the NX10. Understandably, it doesn't perform too well in low-light situations, if you bump up the ISO speed — even to ISO 200 — noise and softness can become annoyingly visible. But it does depend on how large you view the images: if you view them at their full size, the noise and softness will be more evident than it will be in an image scaled to fit a screen. 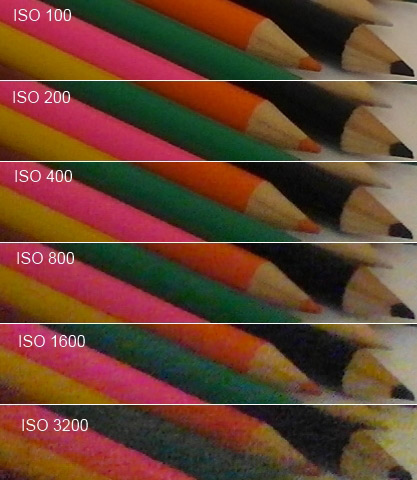 At ISO 100, the images look quite crisp, but still have some grain. Images start to lose their definition above ISO 400, especially when viewed at their full size.

You don't always have to use a high ISO speed in low-light situations though, as the EX1's lens has a big aperture size of f/1.8. This aperture can be used when you aren't zoomed in, and it closes to f/2.4 when the lens is fully zoomed in. The big aperture, combined and the good built-in image stabilisation technology, which allows you to take relatively blur-free photos at slow shutter speeds, lets you get away with using ISO 100 for most low-light situations. 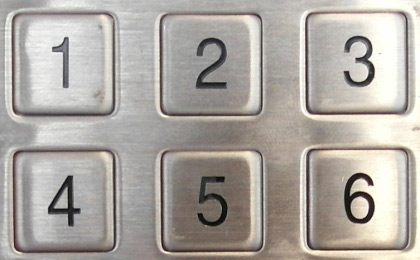 This hand-held shot was taken indoors using a shutter speed of 1/30sec. You can see that the definition is very good.

The noise can become an issue at night if you use a high ISO, so it's best to leave the ISO at 100 or drop it to 80. You can get some very clear shots when you use a tripod and a mid-range aperture value. However, the slowest shutter speed you can use is 16 seconds, and there is no bulb mode. This can make it tricky to set up the exposure for lightning or long light trails. The EX1 is competent at night photography, but you have to keep the ISO speed down to avoid getting excessive noise. This shot was taken with a shutter speed of 1/2sec and an ISO speed of 80 in aperture priority mode. We didn't use a tripod; instead we rested the camera on a stable surface while holding onto it. The end result is satisfyingly clear.

The other issue is that the aperture can only be closed to f/6.7 and the fastest shutter you can use is 1/1500. This shutter speed limit can make it difficult to shoot in bright conditions, especially if you want to use a large aperture value in order to get plenty of depth of field. And as small as the EX1 is, it's capable of producing plenty of depth of field and nice, blurred backgrounds, especially in macro mode where you can get approximately 4cm away from your subject.

Overall, focusing with the EX1 is fast and accurate. You can even set it to manual focus and use the ring control on the back to get your subject in focus. What we love most is the selectable focus point, which allows you to pick from 45 focus points on the screen. However, you can't select a focus point on the far edges of the frame. 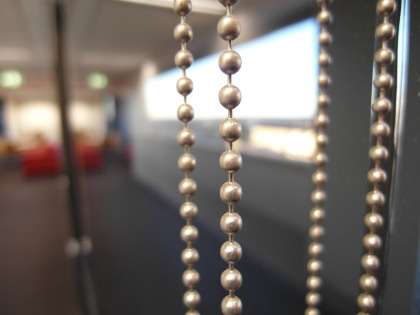 An example of the depth of field at f/1.8 using macro mode.

Despite the noise and some softness, the overall picture quality of the EX1 can be quite good. Colours come out rich and bright for the most part (especially if you use the vibrant setting, although we found that we couldn't use the selectable focus point while in this setting) and the clarity of photos is good when viewing at a high-definition resolution. We did notice some purple fringing though, and there is also some lens distortion at the wide angle (24mm), which can make things look more slender than they really are. The softness was especially evident around bright areas of photographs and it's similar to what we saw in the Canon PowerShot G11, which is also a 10-megapixel compact camera with a 1/1.7in sensor size. 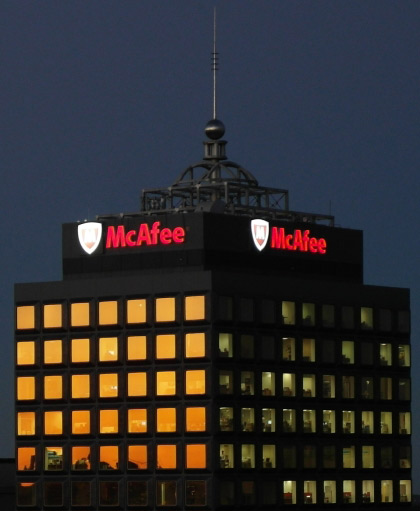 The EX1 captures colours accurately for the most part, and the built-in colour settings can be used to give your photos a bit more 'pop'. This shot was taken as the sun was about to set. We used ISO 100, f/2.4 and a 1/30sec shutter in manual mode. Even at such a low ISO setting, there is still some noise noticeable in the sky.

Perhaps the best aspect of the Samsung EX1 is its ease of use. There are separate physical controls for the shutter and aperture settings; you can easily change ISO speed and you can access all of the main settings (such as white balance and focus mode) by pressing the Fn button on the back to bring up the quick menu. The quick and main menus are both supremely easy to use. There is a separate dial for selecting the shooting setting (single, burst, bracketing and timer) although when using the timer setting you have to remember to switch the dial back to normal (single) mode. The power button is located in the centre of this dial and is very easy to overlook when you first use the camera.

The hinged, 3in AMOLED is very bright and crisp. It also gives you a live preview of what your image looks like according to the exposure settings you selected. You also get a built-in, pop-up flash and a hot-shoe, but there is no built-in optical viewfinder. All up though, the Samsung EX1 is a lot of fun to use and it will capture very good photos more often than not.