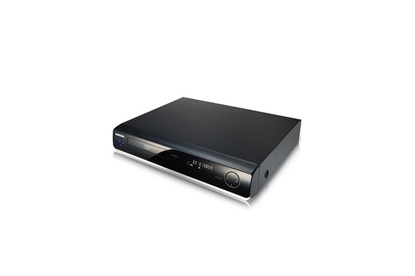 At $769, the Samsung BD-P1400 remains among the least expensive Blu-ray disc players available. But other models can offer better value.

A relatively inexpensive Blu-ray disc player, the Samsung BD-P1400 has performance to match its budget price.

The Samsung BD-P1400 is, at this point, one of the older Blu-ray Disc players currently available. And its features reflect this: the Samsung BD-P1400 lacks both BonusView for picture-in-picture playback and BD-Live for accessing internet-connected content.

In our image and sound quality tests, the Samsung BD-P1400 just barely nudged ahead of the Panasonic DMP-BD30, which is the lowest scoring Blu-ray player we've seen of late. One juror noted that this model produced a flatter image than some other players, with less detail.

And the Samsung BD-P1400 had problems with The Searchers day-for-night scene (chapter 20): we could see the characters' faces just fine, but it was so bright you'd never guess the image was supposed to be night.

Surprisingly, the Samsung BD-P1400 unit did well on our standard-definition playback tests. But on our high-definition tests, it fared worse, displaying poor colour quality and detail.

The Samsung BD-P1400 failed one test entirely. When we inserted a Blu-ray disc of Pixar's Cars, this model happily displayed the trailers, but froze on the main feature. The disc wouldn't play, even after we waited nearly 4 minutes — 1 minute longer than the instructions suggest — for the disc to begin playback. This particular release, authored in BD-Java and heavy on interactive extras, was just too complex for the Samsung BD-P1400 to handle.

The Samsung BD-P1400 is one of the few Blu-ray Disc players available that supports on-board Dolby TrueHD and DTS-HD High Resolution decoding. Despite that capability, it was the worst we've heard recently in our audio tests using a track from the uncompressed PCM 5.1-channel sound track of The Last Waltz. One juror noted that the player's audio reproduction sounded duller and flatter than that of other models, with the highs and lows missing.

Speed-wise, the Samsung BD-P1400 is a mixed bag. It powered up and started playing in 47sec — faster than all but one of its competitors — but once it started playing, it didn't respond well to the remote. More than once we pressed a button and waited, not sure if the player had actually received the signal we'd just sent it.

The player itself is easy to use: the onscreen menus are clear and well-illustrated, with attractive and informative icons. An exceptionally useful Speaker Setup screen helps you get your surround system properly arranged. The menus fail to explain a few items (the concept of PCM Down Sampling isn't explained on-screen), but the Samsung BD-P1400's thorough, 65-page (and all-English) manual takes up the slack there. A clearly written and colorful Quick Setup Guide complements the manual. Although the remote isn't backlit, commonly used buttons glow slightly in the dark.

The Samsung BD-P1400 comes with an Ethernet port, which makes updating the firmware a breeze if you can stretch a cable from your router to your TV room. But this player won't play media off of your home network, and it won't work with BD-Live features on discs.