A small Ricoh digital camera with a big zoom Despite some issues with noise, the Ricoh CX2 is an admirable compact camera. It has a huge 300mm lens, captures vibrant and sharp images, has useful scene modes, and is reasonably priced. Put it on your shopping list if you want a point-and-shoot camera with a versatile lens.

Ricoh's CX2 digital camera packs a 10.7x zoom lens into a body that's 6cm tall, 3cm thick and just over 10cm wide. It's perfect for anyone with a penchant for travelling: it will let you take wide-angle shots of famous landmarks, and can also snap a close-up of a bird perched atop a distant statue and capture fine details, for example.

The Ricoh CX2 comes hot on the heels of Ricoh's CX1 compact camera, which was released back in April 2009. It improves on the CX1 by offering an extra 100mm of zoom and continuous autofocus as well as face recognition. The CX2 can reach up to 300mm with its 28mm zoom lens (35mm equivalent) while the CX1 can reach up to 200mm. It has a slightly smaller lens aperture of f/3.5 at the wide angle (compared to f/3.3 for the CX1) and f/5.6 when zoomed (compared to f/5.2), so it cuts out a fraction more light then the CX1.

It's a largely automatic camera; you can't adjust the aperture and shutter values. However, you can change the ISO speed, white balance and exposure compensation, and you can also use manual focus. A 9.2-megapixel CMOS sensor sits behind the lens of the CX2 and it's capable of capturing sharp and vibrant images, but it's not without its problems.

The big lens produces some distortion at the wide angle, making straight lines look curved; this problem is present on almost all cameras that have such a wide focal length. Noise is an issue: photos taken even at a relatively low ISO speed of 200 will look a little grainy. Bump the ISO speed up, and this noise will become more prevalent, especially if you choose to enlarge your photos. At ISO 800 and 1600, discolouration will be noticeable in dark areas. It's best to use the higher ISO values while playing with the CX2's high-contrast black and white mode, as regular colour photos taken in dim light won't look good at these high ISO settings.

Indeed, the CX2 isn't the best gun in the rack for low-light shooting, but it excels when taking photos in brilliant sunlight and other well-lit situations. 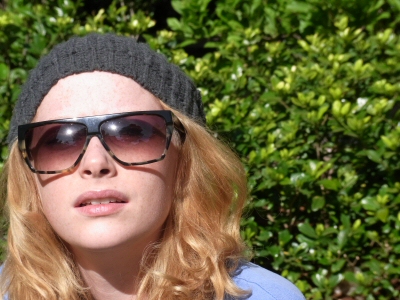 This shot was taken in full sunlight. The detail in the hair is rendered brilliantly, the skin tone is not washed out and the colours are accurate overall.

It will even perform well when used in shadowed areas — especially if you use its dynamic range mode. This can help render a scene more accurately than the easy and program modes on the camera's dial. 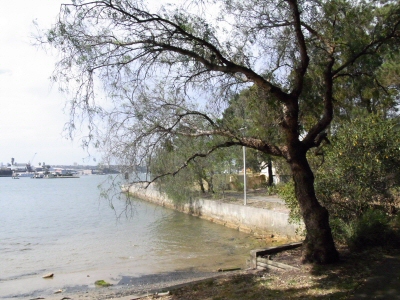 This image was taken in program mode. When you compare it with the photo below, which was shot in dynamic range mode, you can see that the sky is whiter and the image looks a lot more harsh overall. 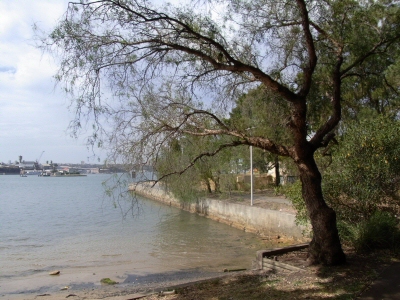 This image was captured in dynamic range mode, and you can see just by looking at the sky and the colours of the foliage how much better the shot looks in this mode than it does when using the program mode.

We're big fans of the dynamic range mode — images look true to life rather than washed out. However, it doesn't perform miracles. If you are shooting a backlit object, the background will still look overexposed as the camera will lighten your foreground object.

The high-contrast black-and-white mode is one of the CX2's 12 scene modes and it gives photos plenty of atmosphere. Other scene modes include miniature (also found on the Ricoh GR Digital III) and stealth mode (which switches off the focus assist lamp and shutter noise). 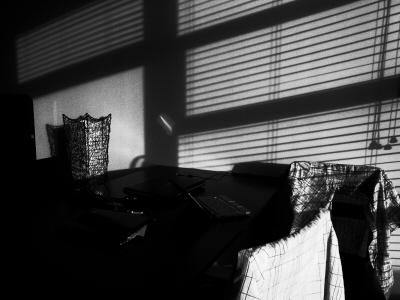 Use the high-contrast black-and-white scene mode — which is new in the CX2 — to give your photos more of an arty feel.

Another advantage of the CX2 compared to most compact cameras is its speed. It can capture close to six full resolution images per second in burst mode before it has to slow down. The battery life of the CX2 is also very good considering it has a 3in LCD screen and no viewfinder. We shot more than 270 photos and a few videos with it before we had to recharge.

It's disappointing that the CX2 can't shoot high-definition video; instead you have to make do with 640x480 footage, which is still adequate for uploading to YouTube.

HD video would have been a great feature for this camera. As it stands you can only shoot VGA footage in the Motion JPEG format. This video is of a dust storm in Sydney. The camera's microphones were pounded by the wind, drowning out the distant sound of alarms that gave the scene an eerie feel.

For those of you looking for a compact camera with a big zoom that's capable of producing vibrant images, the Ricoh CX2 is ideal. Its images are definitely sharp and their colours are accurate, and there are no problems with chromatic aberration. It's also a fast camera, it has useful scene modes, it's well built and it's relatively simple to use. The only real drawback is the noise that's present in photos. This means that if you want a compact camera for low-light shooting or night-time photography then you'd be better served by something else (such as the Canon PowerShot SX120 IS).