BlackBerry Torch 9860 review: A touchscreen-only BlackBerry? Only for casual users 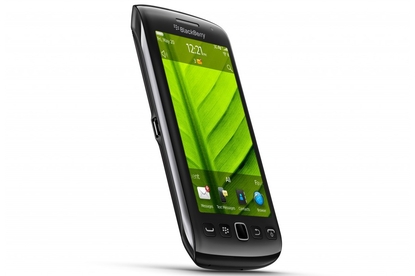 The BlackBerry Torch 9860 is a touchscreen-only smartphone like the iPhone or any generic Android. Given that the BlackBerry calling card has always been excellent physical keyboards (and excellent mail) we’re a bit confused as to the Torch’s purpose. The phone itself is built to a high standard and is powerful, but its imperfect touchscreen keyboard makes the Torch inferior to its tactile counterparts.

The BlackBerry Torch 9860 is a BlackBerry, but it doesn’t have a physical keyboard. It’s a BlackBerry for the iPhone and Android generation, but we think the BlackBerry faithful will prefer the real thing. The Torch’s best chance is with casual BlackBerry users that like the interface and ecosystem, but aren’t going to spend all day on email or BlackBerry Messenger.

The BlackBerry Torch 9860 is, like most touchscreen smartphones these days, almost entirely screen. There are five tactile function keys arranged along the screen’s lower edge — Send, Menu, Escape and Power — but that’s almost it. We say almost because there are volume and play/pause buttons on the phone’s right side, but they’re surprisingly small and quite hard to press — unless you were looking for them, we don’t think you’d notice they were there.

Between the four buttons on the Torch 9860’s front is an excellent optical trackpad. It’s quite small, at around 7mm square, but is highly responsive and works very effectively for browsing the Web. It feels much easier to use than BlackBerry’s superseded trackball design, and the default sensitivity is excellent.

The screen of the BlackBerry Torch 9860 is a 3.7in LCD display with a 800x480pixel resolution, giving it a pixel density of 253ppi — not as high as the iPhone 4’s 960x640pixel 326ppi, but still detailed and smooth-looking. It’s very bright and colourful and suits the vibrant BlackBerry OS 7. The screen size is a bit bigger than the 3.5in-display Phone 4 it competes with, and this makes the Torch 9860 superior for Web browsing and reading long emails.

The combination of fast processor and plenty of RAM works well in tandem with the Torch 9860’s Liquid Graphics GPU to handle 3D graphics — gaming is surprisingly good-looking on the Torch 9860, with only a few short instances of jittery gameplay when we tested out some 3D apps.

HD video recording through the phone’s camera is also supported — the 5MP rear camera has an LED flash and handles 720p video recording with ease. You’ll need to purchase a microSD card if you want to use more than the 4GB of internal memory in the BlackBerry Torch 9860 — thankfully flash memory is cheap as chips these days (pardon the pun).

The overall impression we got of the BlackBerry Torch 9860’s hardware was that it was excellent, easily equalling the vast majority of its Android smartphone competitors. We didn’t encounter any long pauses or freezes at all when we used the phone’s basic functions &38212; this is a testament to both the phone’s power and the refinement of the latest BlackBerry OS version.

Next page: Typing and conclusion