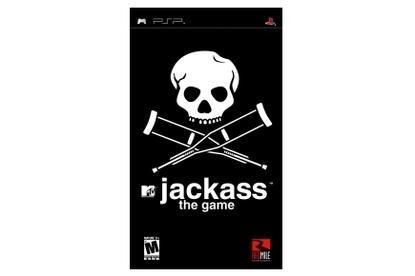 Jackass: The Game isn't completely devoid of fun, though. The voice-over work by the Jackass crew is nice, and as awful as most of the games are, you still can't help laughing every once in a while. But ultimately, the game is just a flat and uninteresting take on the otherwise awesome Jackass franchise.

Why someone in their right mind deemed it necessary to give Jackass its own game is a mystery to us. Don't get us wrong, the show and movies are funny as hell, but it would seem a doomed effort to try and translate the brilliant physical comedy into an interactive game.

Sadly, we were proven right: Jackass: The Game is a title that does almost everything wrong.

In Story Mode, you sit down in the director's chair and order the Jackass crew around as they perform their zany stunts. You have to meet goals--get X amount of injury damage, knock over X amount of trash cans--in order to complete the stunt and move onto the next one. Unfortunately, the stunts which are normally hilarious and cringe worthy on the show come off as dull and uninteresting in the game.

This is exacerbated by the poor controls which will leave you screaming with frustration. Another problem with Jackass: The Game is the load times. Mini-game titles are supposed to load up quick and provide fun little diversions but Jackass makes you wait for what seems an eternity before each level is loaded, leaving plenty of time for the dread to settle in. And while the graphics aren't half bad, the character models are revolting.