Polaroid's Two is a digital camera with a built-in printer, but it fails to capture the magic of the original instant cameras The Polaroid Two was a major disappointment, especially for lovers of the original Polaroid instant cameras. From the battery life to the image quality it continually failed to impress us. It's a cool concept, and can be fun for a little while, but in the end you are left with poor quality pictures and a camera with terrible battery life.

Take a 7-megapixel camera, fuse it with the PoGo thermal printer, add a touch of Gaga and you've got the Polaroid Two. Since January Lady Gaga has been the creative director for specialty projects over at Polaroid. Unfortunately, the Polaroid Two isn't all that special. It's let down by a bulky design and very poor image quality, and we think it's nothing like the Polaroid instant cameras of old.

Last we heard, Polaroid had gone the way of the dodo, the price of film for the classic Polaroid cameras had skyrocketed and actually finding the film had become somewhat of a treasure hunt for die-hard lovers of the company's instant cameras.

Like Gaga, who fuses equal parts of Grace Jones, Bjork and Andy Warhol, we think the Polaroid Two is somewhat tacky, with a design that's far removed from the funky look of the original instant camera.

The Polaroid Two takes the art out of shooting with a Polaroid. Firstly, it's not instant; it's more of a semi-instant camera. There is a viewfinder for you to frame your photos, but then the 3in LCD screen on the rear of the camera displays the photograph you have just taken. You can then export it to a PC via USB, delete it, or print it out using the built-in printer, which can hold 10 sheets. You can also store photos using the 16MB of internal memory or an SD card.

The printer uses Polaroid's ZINK (Zero Ink) technology (Dell uses the same technology in its Wasabi photo printer). The printer does not require ink cartridges or ribbons. Instead, the 2x3in photo paper is coated in clear dye crystals that react to heat to reveal the image on the paper. The photos exit from the side of the camera, and once they are in your hand they are dry. You can peel off the paper on the back of the print and turn the photo into a sticker, or leave the paper backing on it and pop it in your wallet.

During our tests the body of the camera heated up significantly; after printing a few photographs we needed to wait for it to cool down before we were able to print again. Battery life limits the number of pictures you can print. We were able to print around 15 shots before we needed to recharge the lithium-ion battery; according to Polaroid you should be able to get 20 prints from the battery. Each shot takes close to 1min to print.

We were unimpressed with the camera's build quality and worried about accidentally breaking it. The chassis is bulky, uncomfortable to hold and not very aesthetically pleasing. The compartment that houses the Zink paper flicks open too easily; when this happens the paper just falls out. The camera's navigational buttons are unresponsive at times and sometimes we found ourselves having to press buttons more than once.

The Polaroid Two doesn't lack adjustable settings and shooting options; you can change the ISO, white balance, exposure, image size, quality, sharpness, saturation, metering and colour. Only changing the colour (to purple or yellow, for example) had a noticeable impact on the 2x3in prints.

The quality of the printed images, even though they are small, leaves a lot to be desired. Skin tones were oversaturated and in general images lacked clarity and detail. 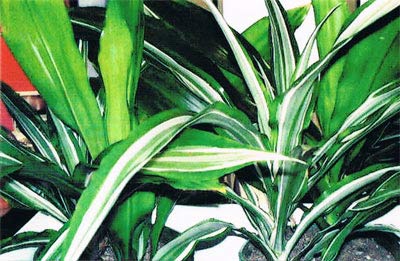 During our tests primary colours such as red and green were oversaturated, while other colours looked faded. The printed photographs are plagued with visible pixels and streaks of inconsistent colour — like a printer running out of ink.

One nifty thing the Zink paper can do is produce a print similar to a multiple exposure — simply print a photo then put the print back into the camera, take another photo, then hit print again and you'll have a funky double exposure-style photo. The results may not be amazing, but it is fun.

It's disappointing that the Polaroid Two's image quality is so poor. It's basically a camera with a Polaroid PoGo printer attached to it, but it's not as cool as the PoGo (which lets you print photos wirelessly from your phone via Bluetooth, for example). We're looking forward to testing the Polaroid 300, which we think looks to be a much better camera.