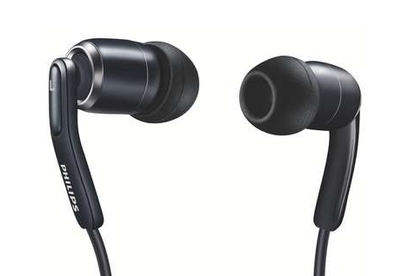 Philips' SHE9700 offers a good option for people looking to try their first IEM. While audiophiles won't be impressed, less discerning listeners will appreciate the small comfortable design and good quality audio.

It seems like everybody is jumping on the IEM (In Ear Monitor) bandwagon. Originally the domain of only high-end, specialist headphone manufacturers belonged to companies like Shure and now, in more recent times, we've seen IEMs hit the market from mainstream companies like Sony. Now Philips has joined the party with their SHE9700. Offering good but not exceptional sound quality, the SHE9700 will suit people after a small, portable, bass-heavy headphone solution.

In our tests, the SHE9700 produced good quality audio, although it was definitely on the bass-heavy side. The low range was extremely prominent, reverberating strongly and dominating the music. As it was quite slow, it came across as bloated at times but with a little equalisation this can be corrected to some degree.

The mid range was smooth but not as lively as we'd like. It came across as a little harsh at times, but there was excellent separation and detail. Meanwhile the highs were rich, but there was harshness present in the mid range.

The soundstage was somewhat flat, but still did a good job of immersing us in our music. Overall, the prevalence of bass means the SHE9700 is probably best suited to music styles such as hip hop, dance and electronica. Our guitar driven tunes tended to suffer a little from the extremely prominent low register.

All IEMs are relatively small and this one in particular is even tinier than the norm. This makes it an ideal companion for your iPod or other portable music player. SHE9700 slides very deeply into your ear canal but are comfortable even after long listening sessions. Several different tips are provided for the SHE9700, allowing you to tailor their fit to the shape of your ear.

Another feature making it ideal for portable use is the noise cancelling properties. While it has no active noise cancelling technology, the fact that it slides into the ear canal and form a seal with the ear drum means that most external sound is blocked out. When you have the SHE9700 in and playing music at a reasonable volume it is difficult to hear much else. This makes them ideal for use on busy public transport or to block out irritating co-workers in the office.

They are well constructed for the most part although the cable is a little short. An extension adapter is included in the box which helps, but we'd still like to see a few extra centimetres of length for particularly tall users.